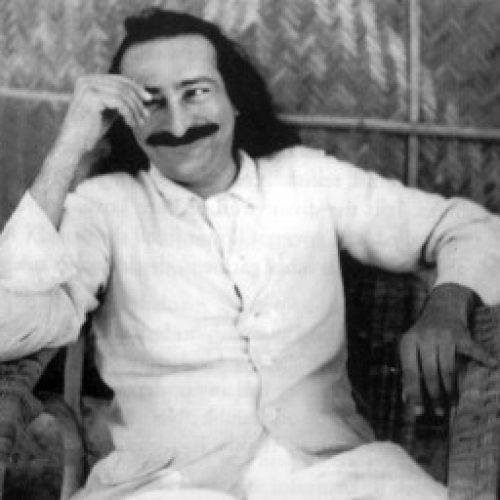 The Avatar does not as a rule interfere with the working out of human destinies. He will do so only in times of grave necessity—when He deems it absolutely necessary from His all-encompassing point of view. For a single alteration in the planned and imprinted pattern in which each line and dot is interdependent, means a shaking up and a re-linking of an unending chain of possibilities and events. The least divergence from the predrawn line of Fate not only requires infinite adjustments within the immediate orbit of the individual concerned, but involves in its interminable repercussions all those connected by the bond of past sanskaras.

The avataric whim is also part of the divine Destiny. Qaza provides for the absolute necessity of the Avatar’s ‘chance’ intervention, and the very unpredictability of this intervention is predicted in Qaza—for His infinite compassion, because of which His intervention occurs, may not be denied.
In the working out of the avataric whim there is not the least element of chance. The aim of the whim’s action is perfect and its result is precise.
An ordinary person’s whim, when expressed, may have consequences quite outside itself, as illustrated by the following story. A drunken man was passing by a wood-apple tree and had a whim to taste one of its fruits. As a rule a drunkard has a distaste for sour or tart things because they nullify the effects of drink, so this man’s wanting a wood-apple was purely a whim, independent of thought or real desire. He picked up a stone and threw it at the tree. The stone missed any of the apples, killed a bird, scared away many others and fell on the head of a traveller resting beneath the tree. Thus the haphazard expression of the drunkard’s whim not only failed to accomplish the whim but brought about results completely outside it. The whim was merely an unrelated fancy, and the action stemming from it had no connection with its object.

This sort of thing can never happen in the exercise of the Avatar’s whim. Arising from compassion and expression of Perfection it is perfect in its aim and results.

-The Everything and the Nothing, p107

“Ask God not for money, fame, power, health or children, but seek His grace of love which would lead you to eternal bliss.”
(lordmeher.org, p3457)