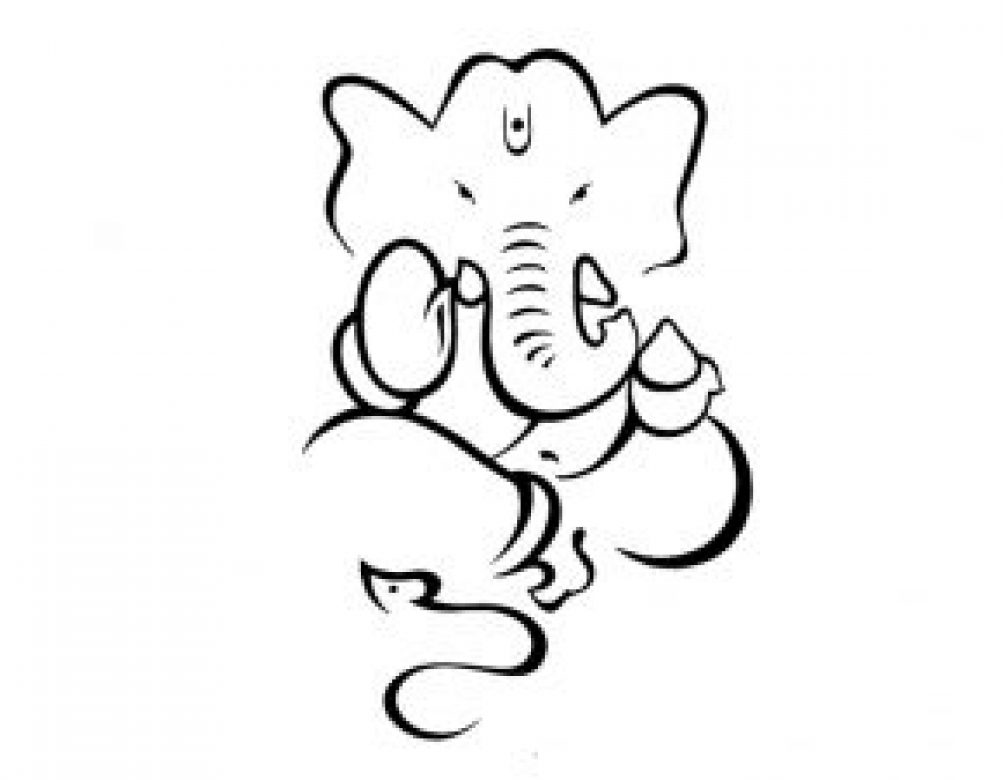 Who is Lord Ganesh

(Extracted from Bhau Kalchuri’s ‘Nothing and Everything”)

Ganesh is none other but the Ancient One — Adi-Purush;
he returned after being beheaded,
losing his individual finite mind
he gained Universal Infinite Mind.

Ganesh, because of his mischief and curiosity
(the same as the Mischievous Chicken’s)
seeing his mother naked, which was forbidden,
(the same as the fruit in the Garden of Eden)
finally undergoes annihilation of the limited mind.
(Shiva cuts off Ganesh’s head.)

When the head is cut off, Ganesh lies dead;
the mind is unconscious of creation.

When Shiva places the elephant head on Ganesh,
Ganesh becomes Infinitely Conscious
of the Infinite Unconsciousness.

Ganesh was the first in creation to become God-Realized,
and he is that Same Ancient One
Who comes down again and again,
age after age as the embodiment of Universal Mind.

It was Jeevatma (Jeev the Holy Ghost)
in Shiv-Atma (Shiva the Son) Who experienced all the aspects
of Maya through Sati, Parvati, and Kailash,
and who in the end as the Father
becomes the Son through the form of Ganesh.

The arrogant and curious boy Ganesh
must bear the weight of creation on his own shoulders
represented by the elephant’s head
found by Brahma and Vishnu.

The elephant’s head represents Universal Mind;
it is a huge head
placed on the fragile shoulders of a boy.

Wearing an elephant’s head symbolizes
the illusion is distorted
with the impressions existent in human consciousness,
the combination of natural and unnatural sanskaras.

Living with an elephant’s head resting on his torso
symbolizes Ganesh’s infinite burden,
the suffering and agony of man’s unnatural sanskaras
which it is his work to wipe out.

Ganesh is the favorite of the gods
because he can bear it;
he can bear infinite suffering.

(It is the same burden that came upon the head
of the Mischievous Chicken when he saw all the other chickens
and was filled with pity for them,
and out of pity bore their suffering.)

It is a boy who represents the Ancient One, Adi Purush;
the child’s body symbolizes purity of creation
despite the load of mankind’s natural and unnatural sanskaras
symbolized by the elephant head he must wear.

He is the favorite one;
the One never forgotten,
for he bears infinite suffering.

Oh what arrogance he had, and how he had to pay —
for what mischief had he to pay!
That arrogant boy who lost his head,
that Mischievous Chicken who broke out of his egg.

Nothing and Everything, p148