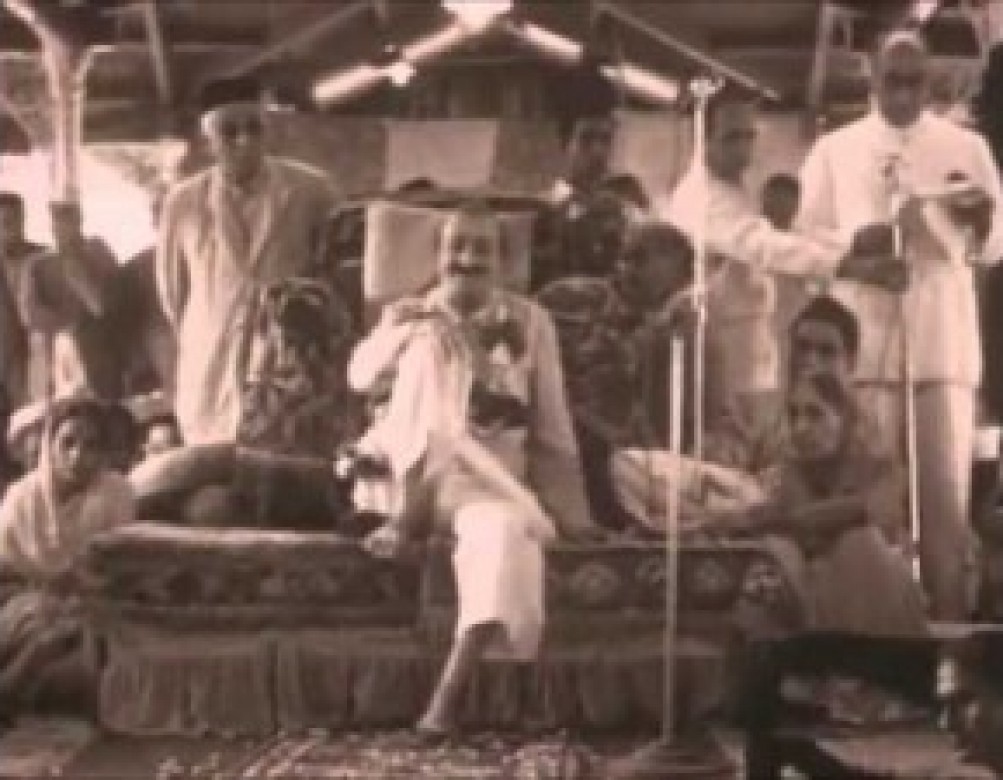 Walking between the two groups seated in the hall on opposite sides, Baba continued:

Take this as a very narrow canal in which there is surging, boiling water flowing. The seeker has to cross from one side to another. The first type has no courage. He walks the whole long, long distance of his bank and keeps on moving. After ages, when he reaches the opposite bank he finds that from his side to the side he has reached, there is practically no distance to cover, except the surging, boiling water of the narrow canal.

This is literally true.

The second type is not the type to take pains to go all the long distance done by the first. He takes a headlong plunge into the troubled waters and completely dissolves himself.

The third type has great courage. He also knows how to swim. The Master from the opposite bank stretches out his hand, asking him to take it so that he can drag him to his side. Because of the courage and confidence he has in the Master, he blindfoldedly accepts the Master’s help and crosses over.

“The path through the God-Man is available only to those fortunate ones who approach him in complete surrender and unswerving faith.” (www.lordmeher.org, p3201)