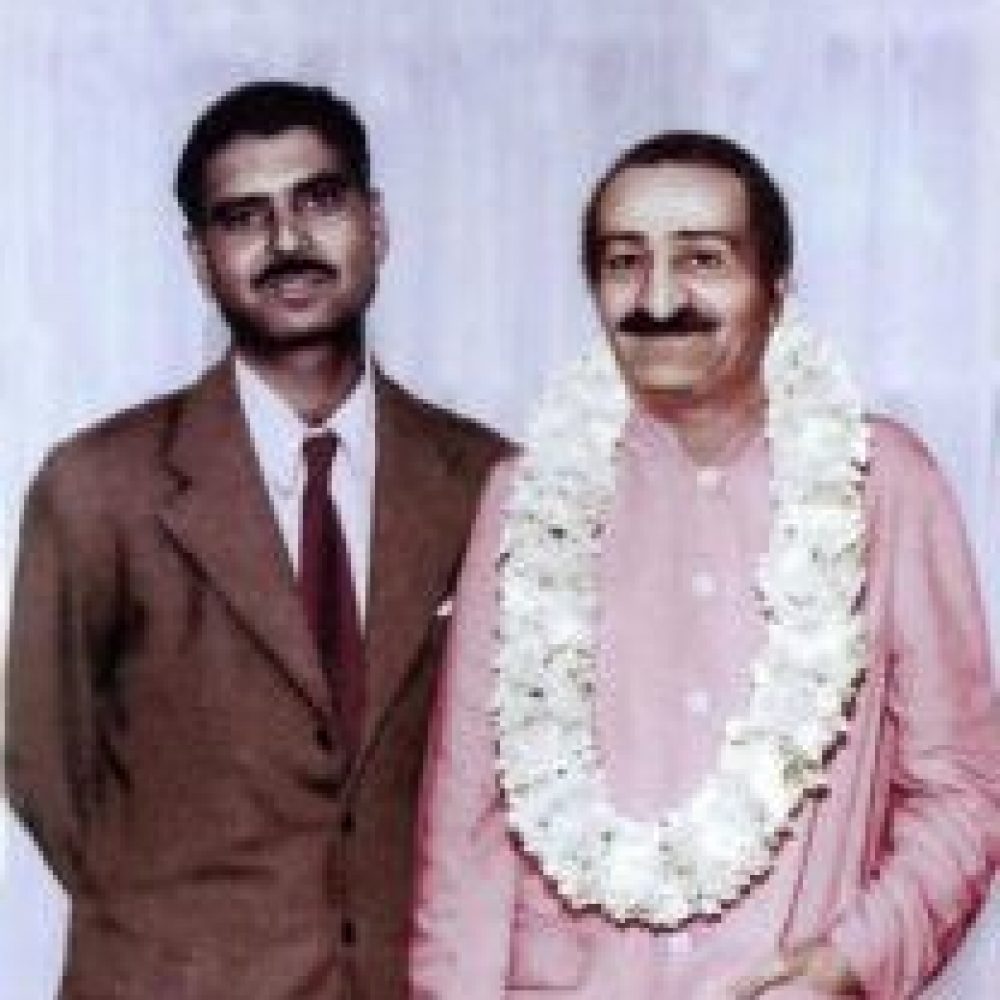 Remembering Dear Eruch Jassawala – “…a day will come when I will lend you My hand and pull you out of the muck of illusion.”

Vengurla was a fishing community and for as far as Baba and Eruch could see, the waters were dotted with peculiar makeshift fishing boats. These canoes were really huge tree trunks which had their centers carved out to form a hold for the fish and the boys would swim alongside, guiding the boats to the far shore. Eruch didn’t like the idea at all and told Baba that it was very dangerous because the boats couldn’t hold their weight — they were made for fish not people. But Baba was adamant that everything would be fine and that He was not about to walk the distance in the hot sun, so Eruch had no choice but to acquiesce to Baba’s wish, dangerous as he felt it might be.

Eruch called a couple of the young boys aside and told them that if they ferried them safely to the other side he would give the boys a good tip. Of course, the boys assured Eruch that they would be careful. Then Baba climbed into the makeshift boat and Eruch followed.

Eruch would describe how he and Baba could hardly move for fear that the boat would tip over, and how, halfway across this backwater bay one of the boys from another fishing boat saw these two strange figures in the boat and swam over to play some mischief on his friends. He dove under the water and pulled the feet of one of the boys ferrying them across, toppling the boat into the murky depths within seconds.

When Eruch would describe this incident in Mandali Hall, he would emphasize how filthy and black these waters were. The moment the boat capsized, he lost sight of Baba and frantically flailed his arms everywhere in the waters trying to catch hold of Baba by feel as he could not see anything. Suddenly, he caught hold of Baba’s arm and as they sank to the bottom, with a tight kick, Eruch pushed off with his feet and in a few moments Baba and Eruch shot up to the surface. With one hand holding on to Baba and the other holding Baba’s satchel, all Eruch could do was kick with his feet and direct Baba to paddle with His hands. They finally reached the shore, exhausted but safe.

Baba told Eruch to run back to the guesthouse and get Him some fresh clothes. This posed a problem as it would leave Baba unattended for some time, but there was no choice. This was one of the few times in Baba’s ministry when He was left alone.

Eruch ran back to the bungalow to get the fresh clothes, while Baba remained seated under a nearby tree. However, when he got to the bungalow he found it locked, as the women had not yet returned. With Baba waiting alone under a tree there was no time to lose, so he broke into the quarters through a bathroom window, retrieved some clean clothes for Baba and ran all the way back as fast as he could. Eruch found Baba where he had left Him and quickly helped Him to wash with water from a nearby well and change into a clean sadra. Baba then contacted the mast in the town.

As Eruch would often explain when he told this story, a good mast contact for Baba was His real relaxation, and after such a contact Baba would be in an especially good mood, with even His stride reflecting His happiness. As they stood together, Eruch said to Baba, “I told you it was dangerous Baba. What would the world have thought if you had drowned? It would have been a terrible thing, Baba.”

Baba then turned to Eruch and said, “Just as today you have given Me your hand and pulled Me out of these murky waters, a day will come when I will lend you My hand and pull you out of the muck of illusion.” (31st Aug 1949)

Eruch would then sigh and say, “I am waiting for that day.”

And that day finally did arrive on 31st August 2001, in the wee hours of the morning in his room, the Manonash cabin, surrounded by his family and the Meherazad mandali. As Eruch’s final moments gained momentum, a clear, barely audible “O Baba . . . O Baba” slipped from his lips as his breath became more and more irregular. His Beloved’s name was the last word Eruch spoke aloud.