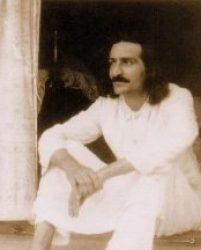 Reincarnation and Karma – Specific Conditions of an Incarnation: Male and female incarnations

Psyche modified by sex: In the evolution of sexual duality, plants and trees stand midway between minerals, which have no sexual differentiation, and birds and animals, which have it in its complete form. Just before the soul incarnates in the first human form, it arrives at full consciousness and energy in its last animal form, which it then drops to take a human body. Reincarnation of the individualized soul through human forms is preceded by its successive incarnations in the subhuman forms. In animals, sex not only expresses itself through the bodily differences and activities but is a deep-rooted factor that affects consciousness. Since humans inherit their bodies as well as consciousness from highly evolved animals, like apes, humans also find themselves subject to sexual duality. In humans, sex is so completely developed that it is no longer a matter merely of the body. It substantially modifies the psyche, which seeks its expression through the body in accordance with whether the form is male or female.

Male and female incarnations: After attaining the human form, as a rule there is no reversion to animal forms; cases of retrogression to subhuman forms are special and rare exceptions. Once the soul has attained human status, the normal course is to go through countless  reincarnations in the human form itself. The human form may sometimes be male and sometimes female, according to the sanskaras and the spiritual requirements of the soul. The female form has the special prerogative that even the Sadgurus and the Avatar have to be born through the female form. The male form has the prerogative that the majority of the Sadgurus appear in male form. Although women can become saints and Masters, the Avatar always appears in male form.