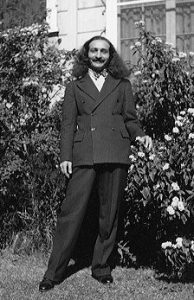 Reincarnation and Karma – Specific Conditions of an Incarnation: East and West

Generally speaking, today on the whole the East has developed more along spiritual lines than material lines, with the result that the Eastern mind has a more spontaneous aspiration for God. The West, on the whole, has developed more along material lines than along spiritual lines, with the result that the Western mind has a more spontaneous urge toward intellectual and artistic things. An incarnation in the East usually brings with it a greater tendency toward spiritual life than in the West, and an incarnation in the West usually brings with it a greater tendency toward material life than one in the East. But the soul has to experience the material as well as the spiritual aspects of life before it is freed from the fetters of a divided life. Therefore the same soul has to incarnate in the East as well as in the West.