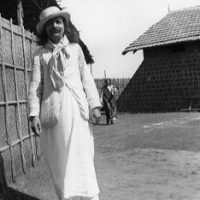 Reincarnation and Karma – Specific Conditions of an Incarnation: Cycles of existence

The joke is that in comparison with members of the opposite sex, the same soul shows varying degrees of superiority, inferiority, or equality with regard to spiritual or material matters-depending upon the cycle of existence, the sex of its body, and the earthly sphere in which it takes an incarnation.