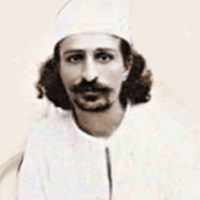 Reincarnation and Karma – The Significance of Death: Effects of untimely death

Ordinarily, life in the physical body is terminated only when the sanskaras released for expression in that incarnation are all worked out. In some exceptional cases the soul gives up its gross body before the working out of these sanskaras is completed. For example, an individual who commits suicide cuts short the period of his life artificially and thereby prevents the working out of those sanskaras that were released for fructification. When, due to untimely death, the sanskaras released for fructification are withheld from expression, the discarnate soul remains subject to the propelling force of these sanskaras even after the physical body has been discarded. The momentum of the sanskaras that were prevented from being worked out is retained even in life after death, with the result that the departed spirit greatly desires the things of the gross world.