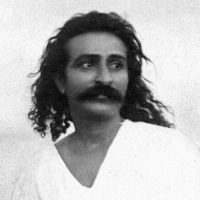 Reincarnation and Karma – The Need for Male and Female Incarnations: Freedom from sex-ridden imagination

Freedom from sex-ridden imagination: If one is transcending sexual duality and trying to understand the experience associated with the opposite sex, sometimes one actually exhibits the traits usually associated with the opposite sex. Thus, for example, some aspirants in the male body at one phase or another actually put on the clothes of women, talk like them, feel like them, and take on their habits. But this is only a passing phase. When inner understanding of the relevant experiences is complete, they neither experience themselves as male alone nor as female alone but as being beyond the distinction of sex. The experiences connected with the male and female forms are both accessible and intelligible to the aspirants who have transcended sexual distinctions. They remain unaffected by the limitations of either, because through understanding they have freed themselves from the limiting obsessions characteristic of sex-ridden imagination.

Reconciliation of conscious and unconscious mind: The completeness that the mind seeks is not attainable through attachment to other forms and their accession. It is to be sought within by recapturing the lost unity of the mind. Reconciliation of the conscious and the unconscious mind is possible, not through sexual attraction or through other forms of possessiveness, but through non-identification with the body and its sex. Non-identification with the body removes the barrier that prevents the amalgamation and integration of the total of experience deposited in the mind. Completeness within is to be sought by overcoming sexual duality and distinction, which accentuate identification with the body.