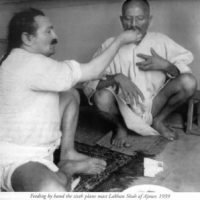 Reincarnation and Karma – The Need for Male and Female Incarnations: Divine love

To be free from attachment to the opposite sex is to be free from domination of the sex of the body in which the soul has incarnated itself, thereby annihilating the majority of those sanskaras that compel the soul to identify itself with the body. The transcending of sexual duality does not in itself amount to the overcoming of all duality, but it certainly goes a long way toward facilitating the complete transcendence of duality in all its forms. On the other hand, it is equally true that the problem of sexual duality is a part of the problem of duality as such. Its complete solution comes when the wider problem of all duality is solved through divine love, in which there is neither “I” nor “you,” neither man nor woman.

The purpose of male and female incarnations is the same as the purpose of evolution itself: it is to enable the soul to arrive at its own undivided and indivisible existence.