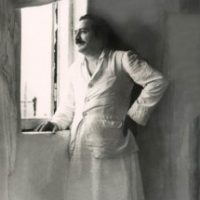 The power of faith cured patients

The story Baba narrated about Baidul was:

Baidul was the doctor of his village in Persia. He would boil garlic in oil, and put in a few drops of the mixture in the patient’s ears. Taking my name, it cured all sorts of diseases! Thus, he made some patients well, and his fame spread so much that he even gave a dying cow some drops of the “tonic,” extending her life too.

But the fact is that the patients did not get well by his remedy, but by his full and supreme faith in me! Every evening he sits with me, and I tell him to talk, and he tells me of Persia and other facts and stories. He says, “Baba, only you made them well!” He never took money from any of the patients, either.

It is Baidul’s firm faith in my name curing the patients that made the tonic work. Had he the slightest doubt, the faintest speck of wavering about it, it would not have worked, and no one would have recovered.