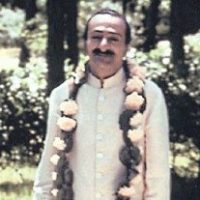 God is absolutely independent, infinitely independent. He is absolutely perfect within Himself. He is also beyond Perfect Independence, because when we call Him independent, then we have also the contrary thought of dependence. His independence is such that it can never be imagined, and nothing opposite to it can ever happen. When we say He is without attributes, we begin having thoughts of attributes. When we say He is One, we have the thought of two. So, the best is to say God IS.

One should call on His mercy from the depths of one’s heart. If you go on praying for a hundred years without heart, you will gain nothing. But a second’s heartfelt prayer is heard. So, with inner devotion, call on Him; you will experience the rays of His mercy.