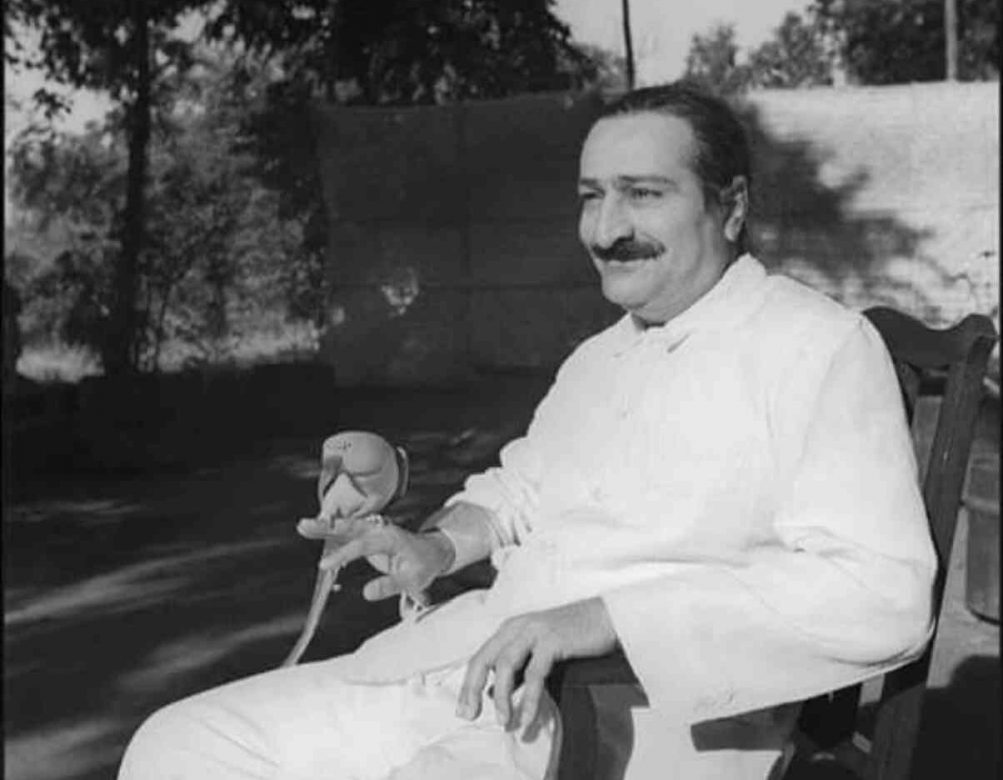 Baba is interviewed by Paramount in the garden of Kitty Davy’s parent’s home. Charles Purdom sat next to Baba and read out his message.

On Friday, 8 April, a fourteen-year-old boy named Suloo Ram Meshram arrived from Nagpur. He had found out about the Master by reading a newspaper account of Baba’s visit to Nagpur in 1937 and contacted the Jessawalas for more information. Suloo had written to Baba in January 1938, and Baba had invited him to Panchgani in April.

Along the way, the boy lost his luggage, except for two baskets of oranges he was bringing to Baba. He reached Panchgani with the help of a sympathetic bus driver. When Suloo met Baba he told him he had lost all his money and clothes, Baba quipped, “Lose everything, but don’t lose me! Yet to lose everything is almost impossible, and when you totally lose all — I am found!”

The young girl with the beautiful voice, Lata Limaye, sang before Baba at Guruprasad on 8 April, and she was called to sing again on Sunday, the 15th.