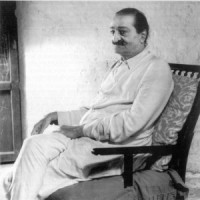 On Sunday, 5 February, Baba again departed from Jaipur for Delhi to contact masts with Chanji and Gustadji. At the Delhi station, Baba and Gustadji sat near the telegraph office, while Chanji went to look for Kaka, who was arriving by a different train. Minoo Kharas of Karachi had suddenly been ordered to go to Delhi on official police work, and Chanji was shocked to see him standing on the platform. Since Baba was traveling incognito, as per his standing order, Minoo covered his eyes when he saw Baba and turned away. Chanji asked him to help find Kaka and then leave, without meeting Baba. “It’s a torture!” Minoo pleaded to Chanji — but he obeyed.

Baba led through the village Nauranga visiting houses. A darshan program for 5,000 people is held the same day.

On 5 February 1967, Adi sent out Baba’s birthday message via Life Circular No. 64, as follows:

Baba lovingly permits all his lovers to celebrate his 73rd birthday on 25th February 1967, at their respective places. Those who wish to celebrate Baba’s birthday should proceed with the preparations and celebrate the birthday in a manner befitting to the Avatar.

Meher Baba’s birthday message for 1967 was:

Births and deaths are illusory phenomena. One really dies when one is born to live as God, the Eternal, Who is beyond both birth and death.