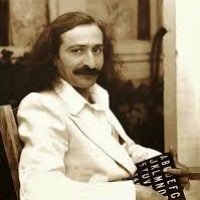 After staying in America for one month, at the stroke of midnight late at night on Saturday, 5 December 1931, Baba sailed on the North German Lloyd liner SS Bremen  for France, accompanied by Chanji, Agha Ali and Meredith. Anita drove with them to the dock where a small group bid them farewell.

Baba and the mandali left London on the morning of Wednesday, 5 December.  They traveled to Southampton by train with several of his close ones, who included Kitty, Walter and Hedi, Delia, Margaret, Tom Sharpley, Anita, Rosamond Wise and Will and Mary. Baba sailed from Southampton aboard the SS Majestic. At the dock, the English lovers were sad to see their Beloved depart after such a brief visit. They looked like mourners with swollen eyes as they bid him a tearful farewell.

When additional samples were sent on 5 December with Don, the results were alarming. Dr. (Mrs.) R. N. Ichaporia, the pathologist, wrote to Goher informing her that Baba’s hemoglobin percent had dropped to 7 percent (normal is 14). and his blood urea was 148 mg. (normal is 20-40), indicating that the waste products of the body’s metabolism were not being properly excreted by the kidneys. Dr. Ichaporia wrote: “Baba is losing [blood hemoglobin] at the rate of 2 gms. per week [12 percent]. He urgently requires a transfusion and twice more at weekly intervals.”