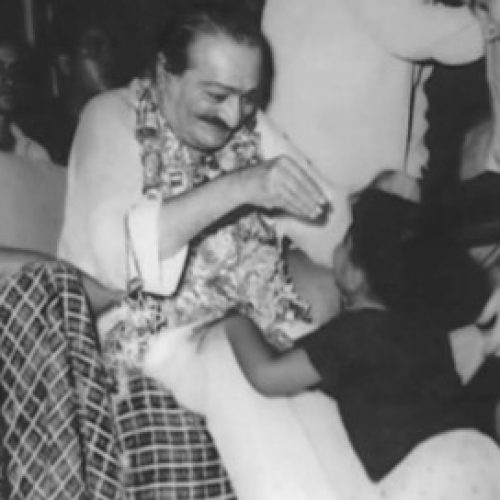 On 4 October, Rustom’s wife Freiny, who was then in her ninth month of pregnancy, came to Meherabad for her weekly visit to see Baba. Soon after she returned to Ahmednagar, she gave birth to a baby girl whom she named Mehera after her sister. The child was later called Meheru.

Even though Baba’s health was still not quite normal, he continued to take the women to early morning matinees at Sarosh Cinema. They saw two films there on Saturday, 4 October.

On 4 October, Baba had Adi send Irwin and Edward this message: “Keep happy and cheerful for he — who is the Source of Bliss — is with you.”

Those contacted included Harry Kenmore, to whom a telegram was sent on 4 October, informing him to come and stay at Meherazad. It read: “Arrive Meherazad 1st November morning for one week stay. Come as mandali, live as mandali in my love. Cable confirmation.”

According to Baba’s instruction, Eruch also wrote Kenmore that Baba did not want him to come as a doctor equipped with treatment paraphernalia, nor did he wish him to bring his Polaroid camera, movie camera or otherwise, nor the contour chair, nor any other “surprises” for Baba’s personal comfort. Baba instructed that if anyone should ask why Kenmore had been called, “Tell him or her that you have been called for your Pop’s personal work.”