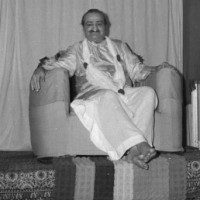 Seeking a more pleasant climate Baba shifted to Nasik with the women mandali early in the morning on Monday, 4 March 1935 to spend the hot summer months (March through May) there. They traveled in two buses. Kalingad drove Baba and the women in one, and Bhiwa drove the other with Daulatmai, her infant grandson Beheram, Jalbhai and Chhagan. Masaji rode in the front seat of Kalingad’s bus. The other mandali remained at Meherabad, but Chanji was sent to Bombay.

Preparations were now begun for Baba’s sahavas in America and Australia. Correspondence in this regard was a daily affair at Meherazad. Baba’s hip joint pain continued, exacerbated no doubt from sitting all day for so many days with the sahavas groups. Adi Sr. noted in his diary on 4 March 1958: “Baba’s suffering continues, and today it seems to be in excess.”

On Sunday, 4 March 1962, instead of calling his lovers to Meherazad, Baba was driven to Arangaon in the DeSoto, where he listened to the Arangaon Center lovers perform bhajans and he distributed prasad. Eruch, Bhau, Francis and Pendu accompanied him. Nariman and Jim had arrived that morning from Bombay and also attended the program

His lovers and devotees had not yet received the circular of 4 March about Baba extending his seclusion, and everywhere there was much discussion about the something unprecedented that was to happen. Several newspapers printed articles about the alarming announcements. In some cities in India, the articles created a sensation with startling headlines such as “Calamity Date Postponed” and “Coming Catastrophe!” In this way, the public’s attention was drawn to Meher Baba.