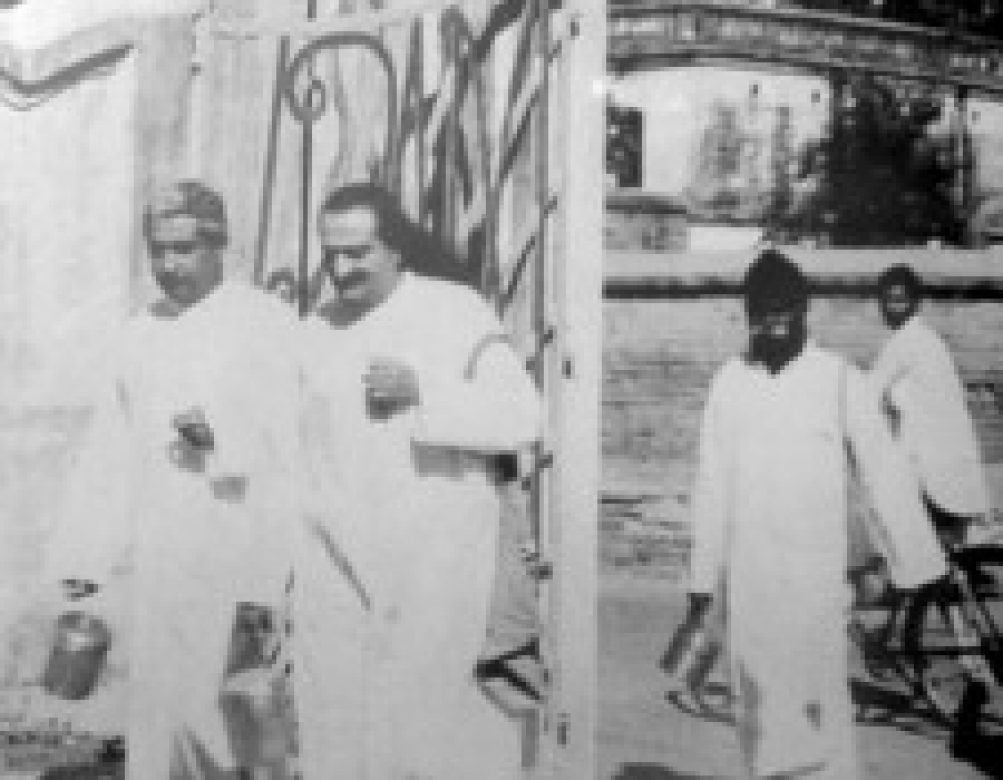 On Sunday, 31 October 1937, one of the remaining Westerners asked Baba, “Why does a Master fall ill and make use of medicine?”

The West differs from the East in its ideal of spiritual perfection. The West believes perfection to signify the possession and use of psychic powers.

Dr. Ghani’s “Song of The New Life,” which Baba approved, sent for printing. Originally written in Hindi, the song was translated into English and published a month later.

This was another lesson for the companions in literal obedience.

Sitting with the companions on the morning of 31 October, Baba explained to them about begging in Benares and other places:

If people offer clothing, accept it, but do not ask for it. You cannot accept money under any circumstances. Although the conditions say that food and clothing can be accepted, ask only for food and not for clothing. Food or clothing, when given, should be first brought and placed before me.

Do not accept anything else such as cigarettes, shoes, hat, cap, pen, pencil, stationery, brass or copper pots.

Ready-made and unstitched clothing can be accepted such as ghongadi [rough blankets], socks, rugs and shawls. In this category, chaddars [bedspreads] and bedsheets must not be accepted. This much we decide today. Detailed instructions will be given at Benares.

On Wednesday, 31 October 1951, at 10:30, Baba and his four companions left Gulbarga for Yadgiri by the morning train. Reaching the town, he rested in the dak bungalow for half an hour and then started out on foot to contact the Jivanmukta, Tilgur Swami, five miles away in the village of Tumkur. This was Baba’s third contact with Tilgur Swami since 1945. When he saw Baba, Tilgur Swami approached and wanted to touch Baba’s feet, but Baba prevented him. Baba was especially pleased to contact this God-realized soul again.