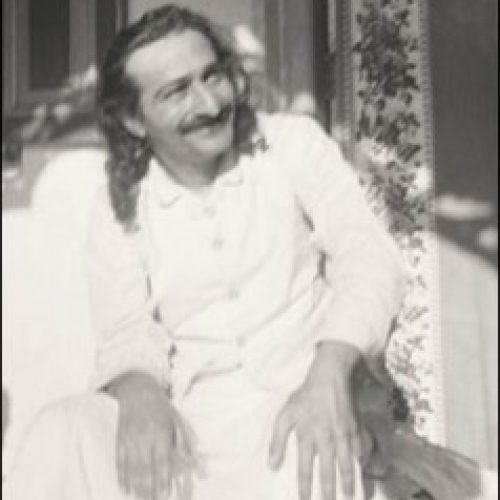 On 30 October, Baba, accompanied by Nilu, paid a visit to Viloo Villa and to Khushru Quarters. At Viloo Villa, he promised Viloo to take full responsibility for her and her family’s welfare, provided that she surrender everything to him. At Khushru Quarters, he spoke with Gulmai and other residents, and granted an interview to Alu Khambatta. Bhaiya Panday took two photographs of Baba, and then Adi Sr. drove him back to Meherazad.

The mandali planned a practical joke to fool Deshmukh when he was to visit Dehra Dun on 30 October. Deshmukh arrived that morning and, according to the men’s plan, Bhau approached him at the gate and drew him aside.

“Doctor Saheb,” he said. “Something has happened! All of the mandali have become like masts from the night of the 28th. Only I, unfortunately, have escaped that state. It is my bad luck nothing has happened to me.”

Listening with keen eagerness, Deshmukh eyes widened and he inquired, “What has happened?”

Bhau replied very seriously, “All have turned into masts! But when Baba comes they become completely normal. No sooner Baba leaves, than they revert again to that state. I am really unfortunate that no experience has been given to me.

On Wednesday, 30 September 1959, Baba called Adi for instructions, stating that it was possible he would not see him for the entire month of October. He told him and the others: “October will be difficult for me. My serious work begins from tomorrow. Today, being a holiday, has passed in a jovial way. Now, from tomorrow the work will start with killing pressure. Today, I tell you all with my divine honesty that I shall manifest in December. I am telling you this with absolute firmness. Now there is no doubt about it.” Baba said this (“I will manifest in December”) three times and directed the mandali to repeat “Amen” each time.

After Dr. Ginde departed at about 2:30 P.M., Baba slept on and off that night of 30 October, but felt feverish the following day and the pain in the tonsil area, tongue and ear was at its maximum. His headache also continued. Besides this, the injection spot on his skin was sensitive and swollen. Ginde was informed. He said the pain would disappear; if not, another treatment would be given later in Bombay.