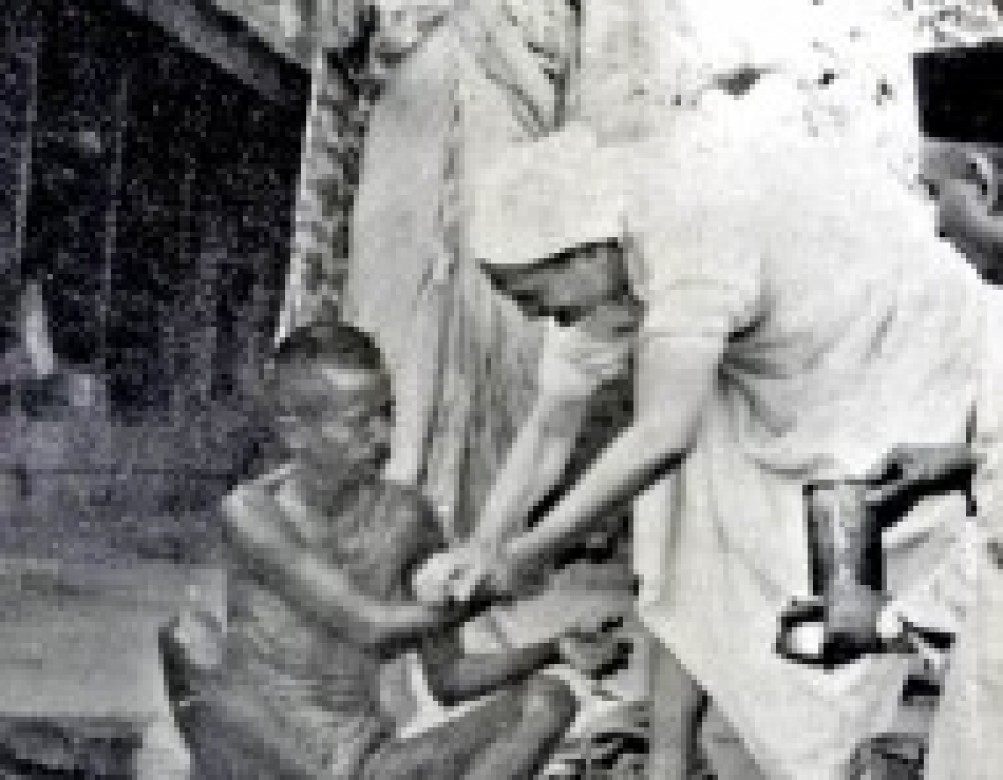 The number of people coming for the Master’s darshan increased to such an extent that seating at the programs became a problem. In response, Baba selected a spot near the Post Office and gave instructions to erect a large hall, 96 feet long and 66 feet wide. Named after his Master, Sai Baba, it was called Sai Darbar (Sai’s Court). Baba laid the foundation for it on Sunday, 29 November, in the presence of hundreds who had come for his darshan.

On 29 November, Baba went to visit the Meher Flour Mill at Talegaon owned by Ghani and Ramjoo. Jalbhai, Behramji, Arjun and Gustadji went with him, and they returned to Lonavla at noon.

When Baba left Chatti Baba’s hut on 29 November, the mast became so agitated he smashed the panes of glass in the door with his fists! When the boy came to clear away the glass, Chatti Baba said, “No, leave it as it is!” Baba returned to see him, and this time when he left, the mast was quite happy. England was being heavily bombed by the Germans at the time, and Baba said that Chatti Baba’s outburst, the first of its kind, was related to this.

On Sunday, 29 November 1959, as instructed by Baba, the Ahmednagar close lovers (Chhagan, Waman, Rustom Kaka, Manek, Mandhare, Rangole, Bhagirath) brought two busloads of lepers, the blind and maimed (100 destitutes in all) to Meherazad at 9:00 A.M. After the customary washing of feet and bowing down, Baba gave each five rupees as prasad.

On 29 November 1965, Baba again a note sent to Adi, stating that Baba wished to remain undisturbed for the next four months, until he left for Poona, so no visitors (including Westerners) were to be sent to Meherazad. “If I am allowed to remain undisturbed for four months,” Baba dictated, “I will feel better and there will be some improvement in my health. Otherwise, it will be worse.”