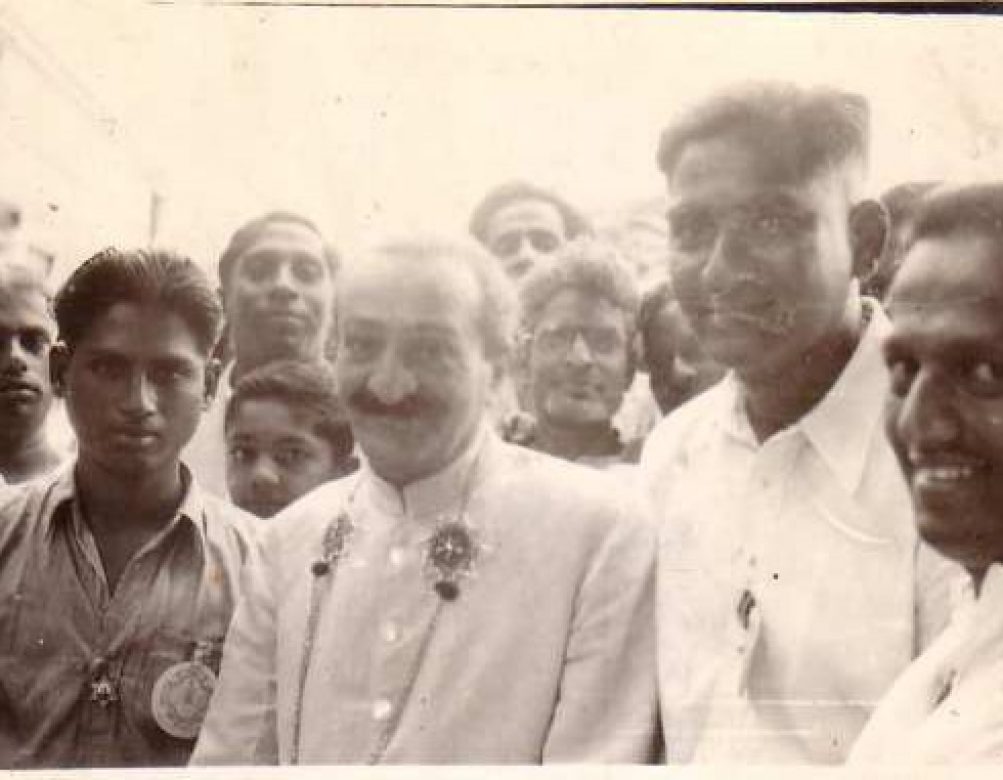 At Borker’s invitation, on 26 February, Baba visited the Ahmednagar National High School with several of the mandali, where he was warmly received. At this time, Borker publicly announced the opening of the Meher Ashram school. In the welcome address, he stated:

In the very near future, a boarding house will be opened in the holy place of Meherabad where children will be provided with free food and clothes. This establishment will be called Meher Ashram. The children kept there will also be given the best possible education. But the highest benefit to the children will be that of having the sacred company of Shri Sadguru Meher Baba, the significance of which is beyond our comprehension.

Meher Baba is the greatest Spiritual Master of the age and has a great duty to perform in giving a tremendous push forward to the whole world for its material and spiritual advancement.

A proposal had been put forth to open the Meher Ashram school in Ahmednagar on a plot of land near the Cotton Market. Baba was shown the property that day and approved it.

Baba departed for Gopalapuram at 1:50 P.M. on 26 February 1954. With heavy hearts and tears in their eyes, the Tadepalligudem lovers bid him farewell.

On the way, Baba visited the home of Bhaskara’s elder brother, Ramabhadra Raju, in Ramachandrapuram, where many had collected for darshan. After his arti was sung, Baba departed, having captured the hearts of those who met him.

The group arrived in Gopalapuram at about three that afternoon. Baba was accommodated in the home of Medikona Narayana. The entire house had been kept vacant for him, and he moved about freely inside. As soon as they arrived, Dhanapathy took the mandali and others for tea at Maddipati Subbarayudu’s home. Bhaskara Raju stayed behind with Baba.