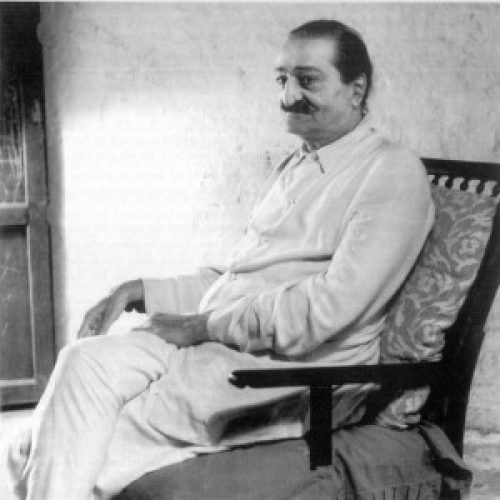 On Tuesday, 25 October 1927, Baba went with the boys and mandali on a picnic to a place two miles from Arangaon. Tea was served there and Baba relaxed by playing chess with Chanji. Gulmai arrived and invited Baba and all to Khushru Quarters for dinner in the evening.

On 25 October, after a tea party at Enid’s apartment in Pensione Agostini in the afternoon, Baba and his companions left Milan on the 6:40 train. The group arrived in Genoa after two hours and stayed at the Milano Terminus Hotel.

Baba suggests “God To Man and Man To God’ as a title for all his discourses which were to be compiled into one book.

October 25 was the first day of the training period. Baba called all the companions in the morning and stated:

If you have any difficulty, tell me about it today. On my own I am giving you this opportunity to voice your difficulties. Never, never again will I try to explain and satisfy. I am doing so now because of my promise to help, but this will automatically cease from the 1st of January. Thereafter only two alternatives will be left to you — either to go on and on, or to leave me at your own responsibility.

Baba and the companions, after walking seven miles, reached the dak bungalow in Lingampalli,  where they stayed for the night. They left early in the morning of 25 October, and walked five miles to the dak bungalow at Patancheru, reaching it at 8:30. After taking tea and chapatis, Baba and the men proceeded to Jogipet by bus, taking their luggage with them. Along the way Baba continued to seek the blessings of masts and to do his work with them. Not finding any mast in Jogipet, they went on to Sangareddy, where they spent the night.