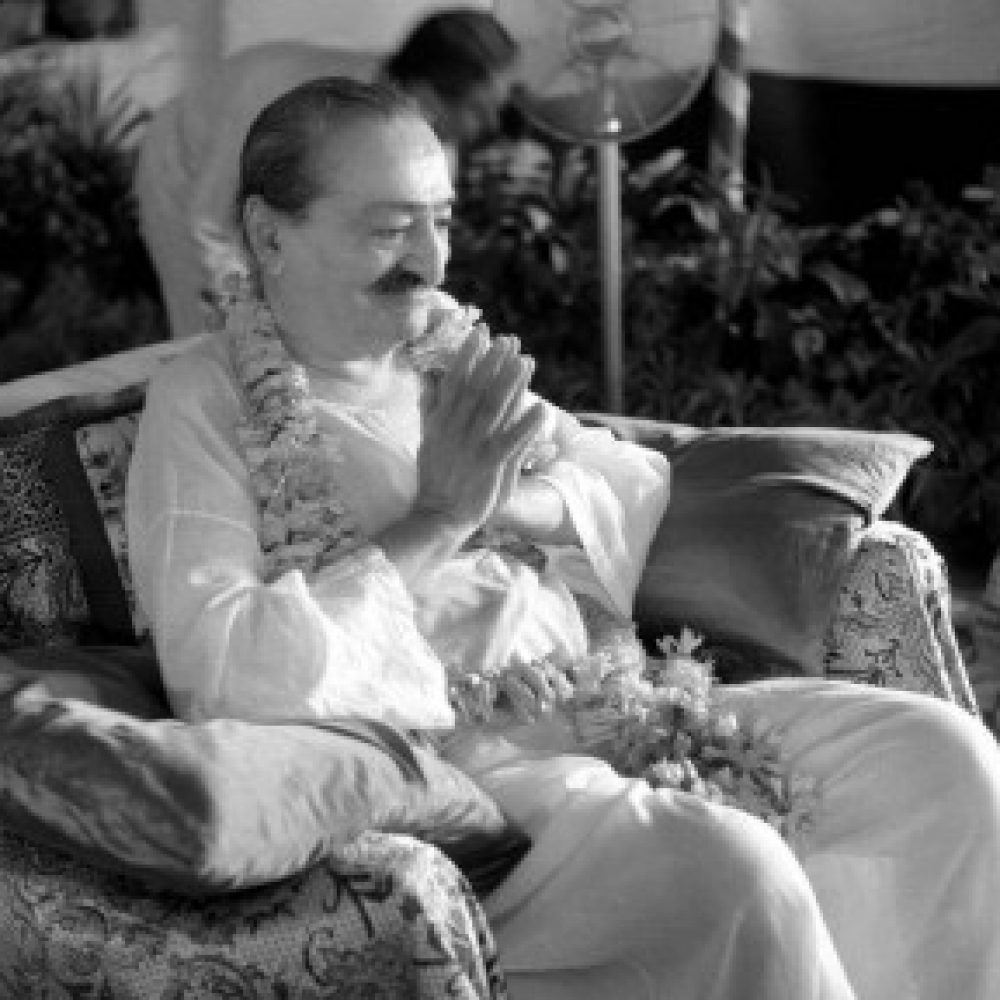 Chanji did not improve. At 5:30 A.M. on Friday, 25 August 1944, with Baba’s name on his lips, Chanji shut his eyes forever to the world, and opened his eyes to see his Divine Beloved in His Pure Being! He was 52 years old.

Baba’s words to Chanji the previous June (“You can attend the Ahmednagar and Allahabad programs — if you are alive!”) now took on added meaning. In fact, in 1929, when Baba was on his way to Harvan Village from Srinagar, he had casually remarked to Chanji, “Your tomb will be here.” And Chanji would often remark, “When I die, I want to die in Kashmir — it’s so lovely there.” Baba had fulfilled his request.

A Prayer for Baba Lovers (commonly known as the Beloved God Prayer) is read out at Meherazad for the first time.