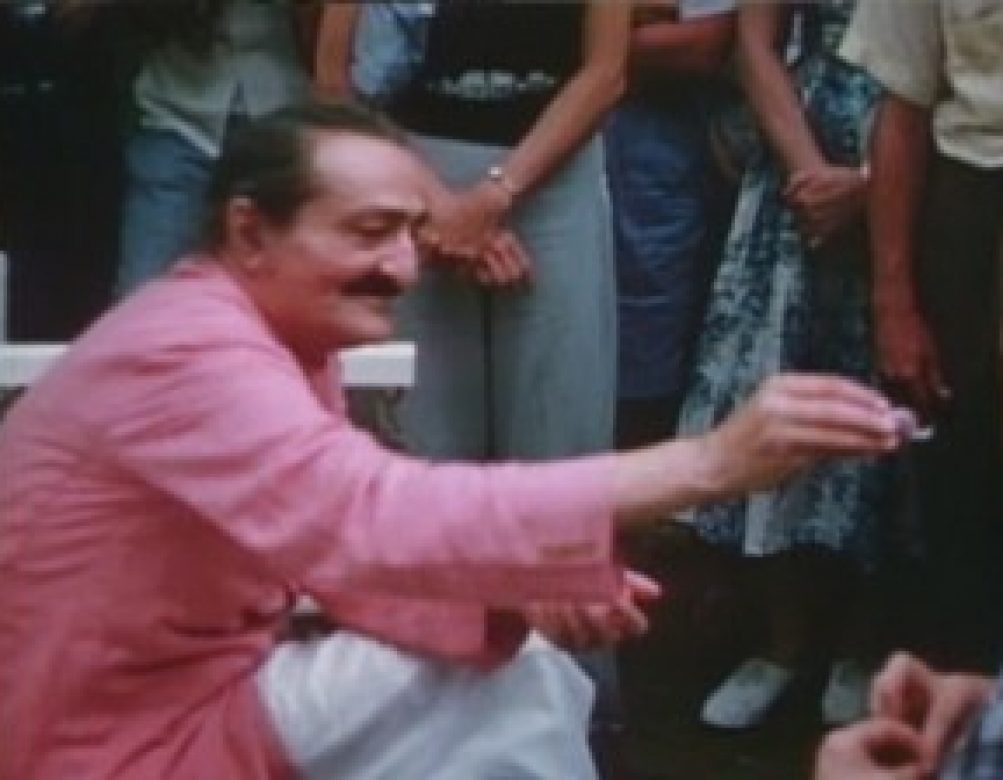 800 people receive bundles of grain from Baba’s own hand at Meherazad.

Baba unexpectedly asks his driver to stop at a school in Eluru, Andhra Pradesh. Baba goes inside and greets a four-year-old boy who runs into his arms. Later it is revealed that this child had found a leaflet about Baba and had begged his parents to take him to Baba. His parents had refused and punished the boy. After his parents heard of Baba’s visit, they took the boy to see him and asked Baba’s forgiveness.

The next day, 24 February, an ambulance was sent for Pleader. Before going, Pleader again requested, “Carry out your word, Baba!”

Slapping Pleader’s palm with his own, Baba promised, “Before you give up your body I will carry out my word. Go to Meherabad, where you will receive my grace. Before leaving the body you will have a glimpse of me as I truly am.”

Baba then kissed Pleader’s cheeks, his head, his forehead, his hands and passed his hand over his body in love and blessing. Pleader was then carried to the ambulance. Baba stood by and watched. “I have no pain now, Baba,” Pleader told him. “Make me sleep in Meherabad.”

Baba replied, “Very soon now I will make you sleep in me, and your physical remains will mix with the earth of Meherabad.” Pleader thanked him and the ambulance drove off for Meherabad, where Don did his utmost to give him the best possible treatment and see that he was comfortable.