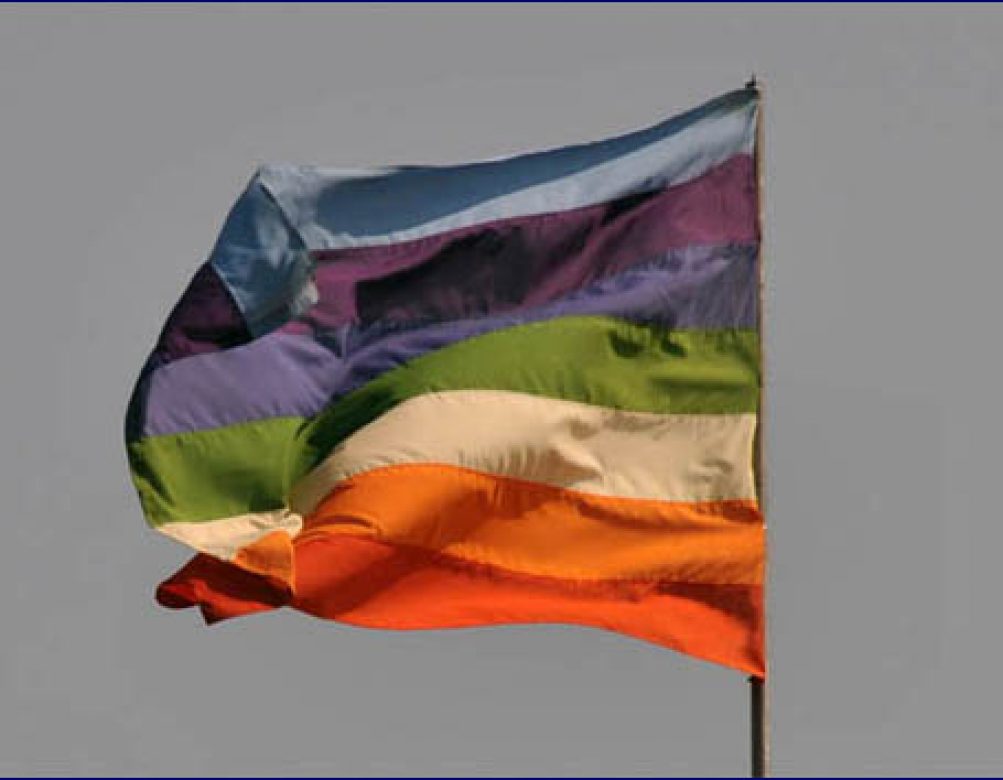 Meher Baba proposes a seven-colored flag representing the seven planes of consciousness. He specifies that red should be at the bottom of the flag and sky blue at the top. Arrangement of the other five colors, he leaves to the mandali. The flag is first flown at Meherabad.

Sunday, 23 April 1933 was their last day in Srinagar. The weather was again cloudy and chilly, but when it cleared in the afternoon, Baba took all to the Shalimar and Nishat Gardens. At one spot, Baba abruptly sat down on a terrace opposite to where a few Muslims were praying. Baba gestured, “They are lucky to be praying while I am here.”

While taking his seat in the bus, Baba remarked, “There is no place in the world as ideal as these surroundings in Kashmir.”