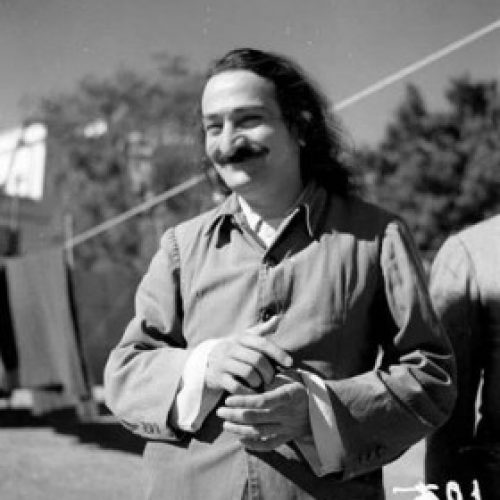 Late at night on 22 October 1925, Gustadji blew his whistle, signaling danger. The men immediately ran out of their quarters carrying sticks in their hands. When they inquired what was the problem, Gustadji explained, “It was nothing serious. Apparently a rat ran over one of the women as she slept, and she started shrieking. Hearing her, I blew the whistle!” All the men laughed as the seriousness of the incident dissolved into a joke.

Baba visit annual parade on Sunday, 22 October 1939, sponsored by the Maharaja of Mysore, who was a saintly person.  Separate arrangements were made for the Eastern women to view the parade from an enclosed balcony at the Unani Hospital. As Baba and the group were watching the parade at 4:00 P.M., Baba remarked, “The Maharaja of Mysore is very lucky I am watching his parade, but he will not live to see the next Dassera.” The king died nine months later.

The “physical labor” phase of the New Life training begins.

On 22 October 1953, Baba remarked to Bhau, “I am born today!” and after embracing Bhau first, he called and embraced each of the mandali and distributed sweets. No one understood the meaning of Baba’s statement until that evening when a telegram was received from Nagpur that Bhau’s wife Rama had given birth to a son. Baba himself named the boy Mehernath(Prince of Mercy) and revealed to Bhau that he had been Jal Kerawalla in his previous life. After a month, Baba sent Bhau to Nagpur for a brief visit to see his new son.