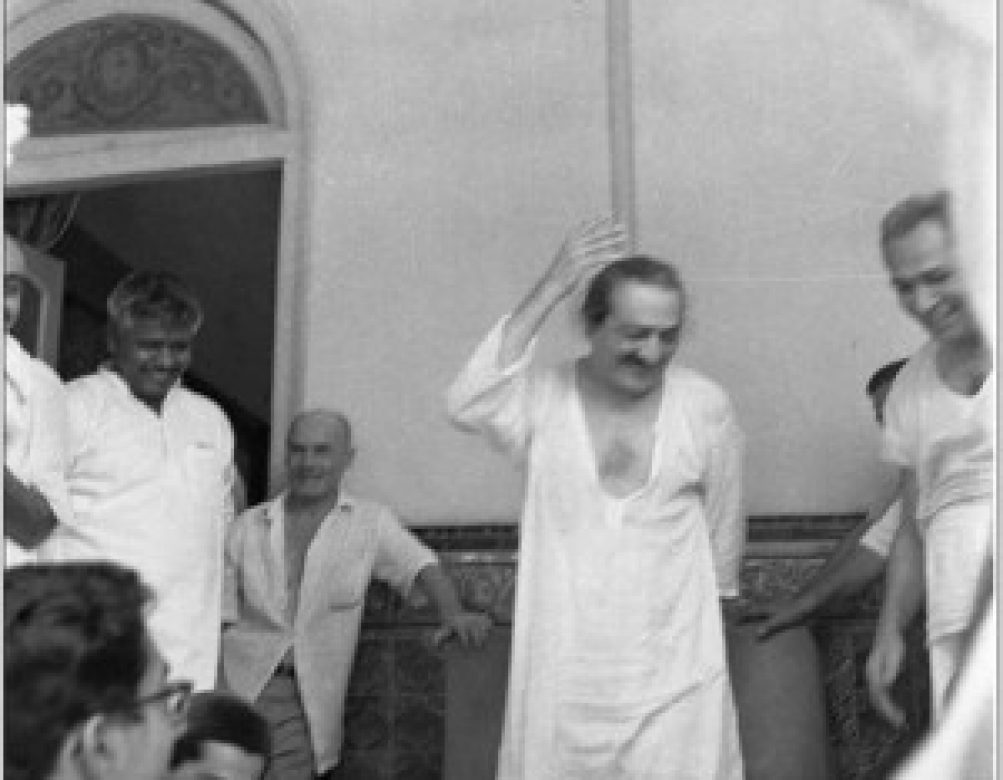 Baba was also the guest of honor at the wedding of Munshiji’s adopted son Usman on Sunday, 20 August 1922 and stayed at Munshiji’s that whole night listening to a qawaali singer.

In Srinagar, Baba began searching for masts. On the 20th, a mast named Subhan Mattu was brought to him. When the mast saw Baba, he was overcome with ecstasy and began rolling on the ground, exclaiming with sheer joy, “You are Allah!” He placed his turban on Baba’s head and covered himself with Baba’s shawl. This mast was reputed to have been seen in towns far from one another, at very short intervals.

At the time these preparations were taking place in Hyderabad, Dr. Ghani had a heart attack in Poona and died the following day, 20 August 1951 at 7:00 P.M., at the age of 57. Adi immediately cabled Baba, and he and Ramjoo drove to Poona the next morning for Ghani’s funeral. Sarosh, Nariman and Meherjee also attended, as well as a number of close lovers from Poona whom Ghani was instrumental in bringing to Meher Baba’s feet.