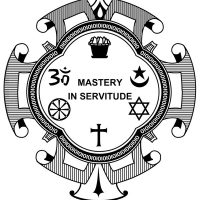 The Mastery in Servitude motto is created by Baba as the motto of Manzil-e-Meem.

Merwanji remarks at the birth of Dinshaw, son of His friend Khodu (Sailor) and Naja, “My first disciple has been born.”

Beloved Baba’s body is interred at Meherabad in the tomb he had ordered to be built long before, now known as Baba’s Samadhi or tomb-shrine. Followers go there until the 7th of February to take their last darshan and glimpse of Meher Baba’s physical form.

Many came without official leave from their jobs, many without a change of clothes and little or no money. Special buses were arranged to carry the lovers to Meherabad. On the morning of Saturday, 1 February 1969, Dr. Ginde and Francis were adamant that Baba’s body be interred, but Sarosh, Nusserwan Satha and Piloo Mama Satha (Eruch’s maternal uncles) were equally insistent that it not be, demanding the lovers must have darshan! Their argument had the desired effect.

Baba had previously remarked, “I will give darshan lying down,” and he had even mentioned that his head would be raised so that his lovers could see him from a distance. The full impact of his words now registered as Baba, laying in his crypt, kept his promise by giving darshan to his lovers.