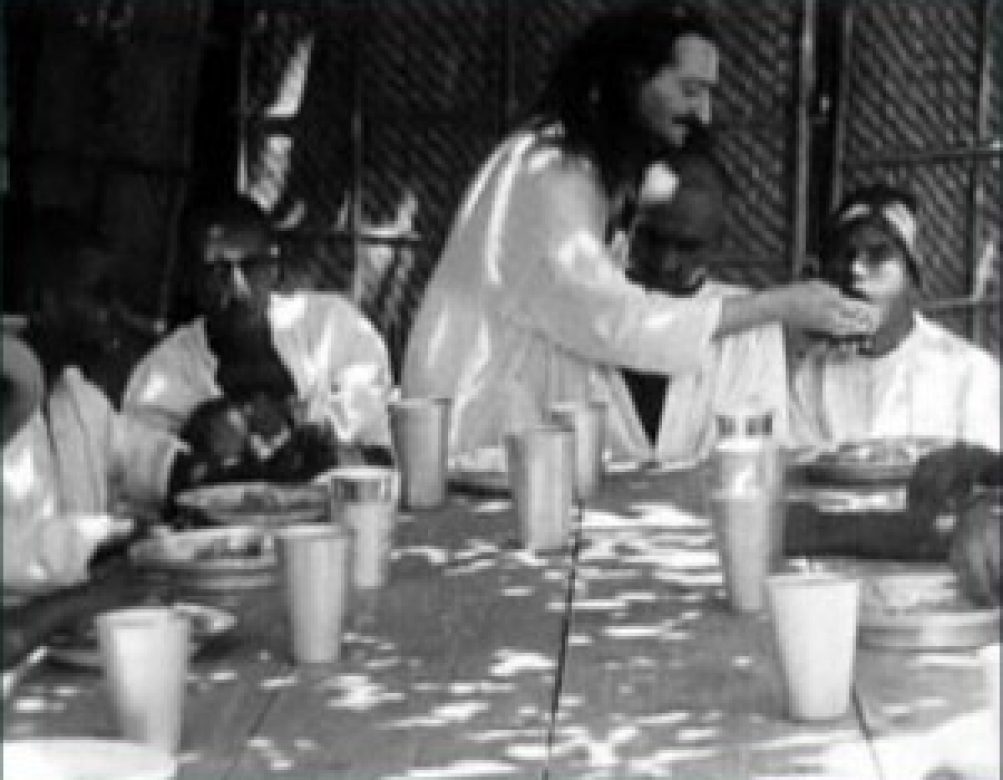 Baba left Bombay for Bangalore at 1:45 P.M. on 17 April 1934, traveling in a third class compartment on the Madras Express train. He was accompanied by Kaka, Chanji and Gustadji.
A crowd of lovers had gathered at Victoria Terminus to give him a loving send-off. Baba had wrapped a shawl in Arab fashion around his head, and was wearing large, black sunglasses to avoid being recognized. He did not allow anyone to bow to him and did not embrace anyone before boarding, so that his identity would remain a secret.

Baba and the men then drove to Jabalpur. There on Sunday, 17 April 1949, Baba worked with three advanced souls. Maggu Mian was a good mast who used to wander throughout the area carrying a long bamboo pole on his shoulder. Raji Mastani was an old woman who was fond of carrying a basket filled with broken pots and pans on her head. Magga Shah, an old man, was found wandering about, smoking a cigar, accompanied by an old woman devotee, who attended to his needs.

On sunday, 17 April 1960, was a very crowded day at Guruprasad. Thousands attended the darshan from 8:00 A.M. until noon, including a Zoroastrian high priest named Dastur Bodh, who had heard of Baba while in America. Polly Umrigar, the well-known Indian cricket player, also came with his wife Dinoo.