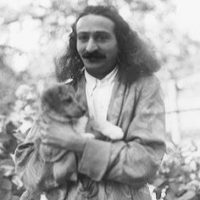 Madari, a pet dog which had been sent to Baba by Upasni Maharaj, would often be found sitting by Baba’s seat. When the gong was struck for lunch, Madari would be the first to come running, and during the singing of the evening arti, it would also be present. But at night on 14 March, while Baba was seated near the dhuni with the mandali listening to Hafiz being read by Ardeshir, the dog suddenly ran out into the road and dashed against the rear wheel of a passing motor trolley. He died instantly and was buried in Baba’s presence. Baba later revealed to the mandali, “Madari was very lucky. He will be born as a human being in his next form.”

Newspaper reports began appearing about the possibility of war erupting between Germany and France. On 14 March, Baba commented, “It is definite that a war will break out in which the whole world will be involved. But it would be better were it not to start just now.”

He added, “The instant war begins, my work will also begin.”