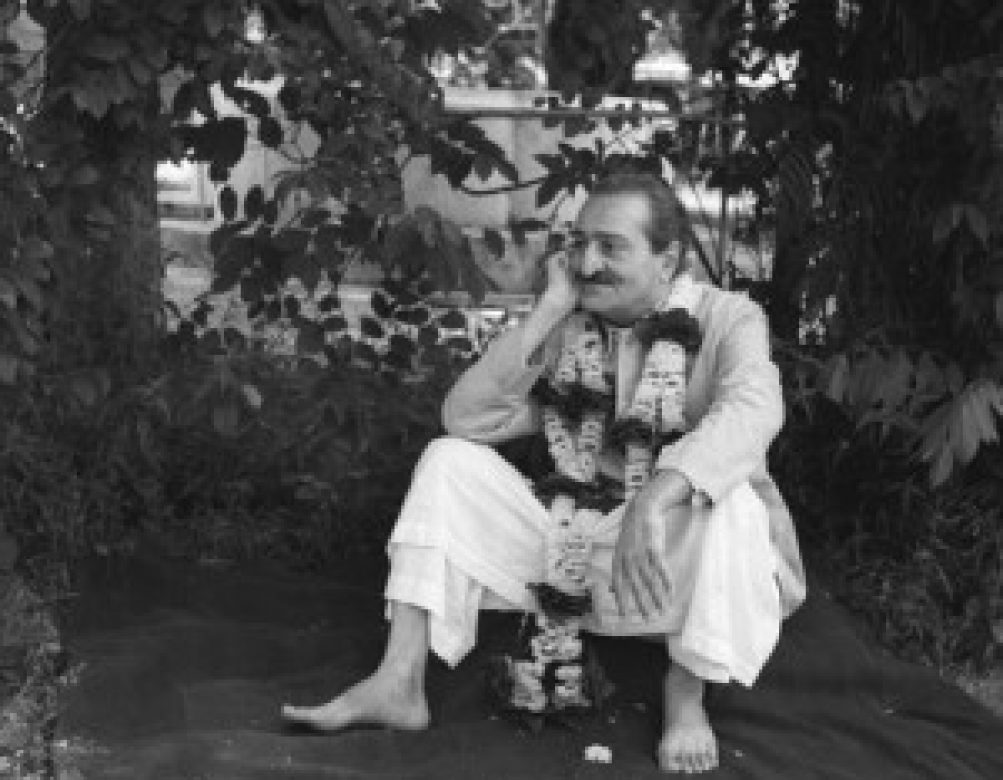 When Baba returned to Satara, he again fasted two separate days — on the 10th and 12th of October — taking nothing on either day, not even water, for 24 hours. He also drove to Kolhapur on the 12th for mast contacts.

ON MAY 17th, about two hundred people from Andhra arrived in Poona to spend the weekend in Poona and absorb the presence of Baba. The first day a discussion took place in Guruprasad as to how work in Meher Baba’s name should be done at the many Centers in Andhra. Adi Sr. was also present for the meeting, since he was in charge of the correspondence for Andhra.

The next morning Baba embraced each person who came from Andhra. The group had brought two life-sized pictures of Baba. Baba brought up the subject of yesterday’s meeting, and summed up how his work should be done: “There should be no feelings of anger, jealousy and dislike among my lovers. No decision can be arrived at if you all speak at once and do not practice what you speak. All your hearts must be united in my work. One must live according to what one tells others to do; otherwise, it will never impress them.” Baba asked one of the main workers if the workers were satisfied with the way his work was being conducted in Andhra. He replied in the negative. Baba stated, “Hypocrisy spoils Baba’s work! Purity of heart and the feeling of oneness with others are required while working for me.”

One of the chief workers expressed his apologies and promised that he would henceforth be more careful in his relationships with other workers. Baba was pleased with him, for he admitted his fault and gave in. Someone else said that he was sincerely trying to follow Baba’s orders. Baba corrected him, “Don’t keep on saying, ‘I am trying,’ but do it and be it, for you will become old before your time if you go on saying, ‘I am trying,’ and there is no result. Once you know the truth, you must not merely try, but do it! Try once or twice, but do not make it a lifelong habit.”