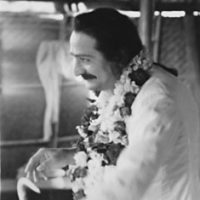 On Saturday, 10 December 1927, a few of the ashram boys, who were profoundly moved by Meher Baba’s love and who preferred meditation to studying, were singled out and kept separately from the other boys. Raosaheb was put in charge of them, and special food arrangements were made for them. This was the beginning of what was to be called the Prem (Love) Ashram.

On 10 December, while mentioning how much Agha Ali must be suffering in Bombay, Baba remarked, “I know that he is troubled. All are troubled, yet I will leave nothing unturned in troubling you. All here are harassed, but no one is as harassed as I am!”

The gypsy phase of the New Life begins as the begging /langoti training phase ends.

On Sunday morning, 10 December 1967, a meeting was held at Meherazad. Sarosh, Adi, Chhagan, Dhake, Rangole, and Rustom Kaka were called to discuss Sarosh’s idea to celebrate Baba’s birthday on a grand scale with a Meher Mela in Ahmednagar.  An eight-day fair was proposed to start on 21 February, with stalls, a merry-go-round and a celebratory parade. Jehangu’s father, Manchershaw Sukhadwalla of Bombay and Minoo Bharucha of Nasik agreed to supervise the arrangements. (Later, however, the fair was canceled, and only a parade was held.)