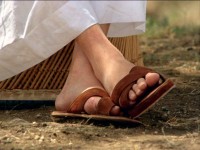 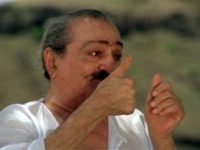 Jai Meher Baba to you all! We have been so busy! In fact, I decided to look at our statistics to see what the numbers were this pilgrim season. We have had 200 pilgrims (our full capacity) four different days. This of course does not count the Amartithi period when we had 300 pilgrims. Then I looked at how many days we had 150 pilgrims or more-24 days. I did not count days where we had 149 or less. This is a building where we wondered when we opened how often we may use the upstairs rooms. Remember, at the Meher Pilgrim Center we only had 56 beds. This is a big jump-and the number of pilgrims coming has jumped with the size of the building. Oh, I wanted to share with you something I saw on t... » 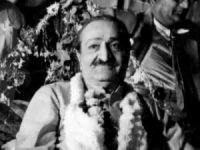 8 March 1934 Baba paid a visit to Nasik on 8 March, leaving at 3:30 P.M. with Adi Sr. in his Pontiac, along with Rustom and Sailor. Baba met Freiny and her children, visited Circle Cinema and the homes of the Talatis and Edke, before returning the following afternoon. He went to see King Kong at Sarosh Cinema, before returning to Meherabad. 8 March 1947 On 8 March, Don drove Baba in a car to contact masts. Among those whom Baba contacted was a high fifth-plane mast known as Lala, who lived in a dilapidated hut. The saintly old man dressed in tattered clothes and carried a long stick. After working with him that day, Baba and Don returned in the car the next day to see Lala, and they took the... » 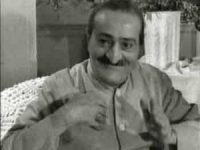 7 March 1928 On 7 March, Baba gave final instructions to him about his trip, telling him, “You may go to as many cricket and football matches as you like; you can go to the cinema. Just accept all the invitations that come your way, and speak about me to those you meet. Then my work will be done.” Rustom left Meherabad that evening and sailed from Bombay three days later. He was the first of the Master’s mandali to contact the Western world. 7 March 1948 Baba visits Wambori and distributes 583 bundles of grain. He also washes the feet of nearly 600 men and women. From February 16th through March 7th, a total of 4,049 bundles of grain are distributed to the poor in various p... » 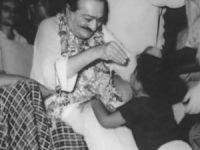 6 March 1929 Baba’s crypt-cabin was being rebuilt in stone at this time, and at 3:00 P.M. on Wednesday, 6 March 1929, the opening ceremony of the new pucca (permanent) room was performed. A tea party was held in celebration on the platform outside the Tomb with gramophone records being played and sweets distributed, brought by Adi from Ahmednagar. 6 March 1960 The public darshan was held on Sunday, 6 March 1960, in Khushru Quarters from early that morning until 2:00 P.M., and nearly 8,500 persons availed themselves of his darshan. The Ahmednagar bhajan group sang as Baba sat on a dais under the shamiana and handed out prasad to the many people who had come from distant places such as B... »