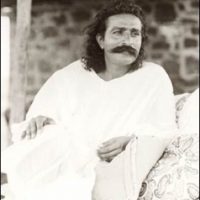 “Be like a football, which never cries out or complains when kicked”

During this time at Meherabad, Pendu was working as a nurse and supervisor in the hospital, and Padri was dispensing the medicines for the doctor. Both were fully occupied in these labors. Baba would be very exacting when he observed their work and would daily find some fault with them. On 3 June, both of them became exasperated with his criticisms. Baba listened to them and then advised them:

Be like a football, which never cries out or complains when kicked. Its fortune is to receive kicks, and the force and height of its kicks are its beauty. You, too, should try to reach the level of accepting and remaining humble and unaffected by kicks [criticisms]. My kicks will raise you up high, higher, infinitely higher and beyond! The greater the force of the kick to the football, the higher it flies. Similarly, you will also rise high above the world.

Baba then instructed Padri, “Continue giving medicines to the sufferers, and I will go on blessing you.” From that day on, Padri’s treatment carried with it Baba’s blessings.*