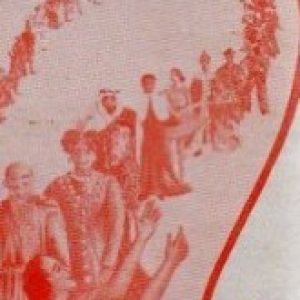 In Life’s unending procession, only those in the front are aware of His Advent

“Baba once told us, he gave us this figure: He said that life was like an unending procession marching along. The people at the back have no idea what is happening at the front, or even where they are going, for that matter.

“In this unending procession of humanity, every now and then the God-man, the Ancient one, the Avatar appears. His appearance is such that those in the front of the ranks stop and stare at him. Those just behind crane their heads forward to see what is happening. Those behind them start asking each other, ‘What is going on? Why have we stopped?’ And those even further back don’t even realise that the procession has stopped.

“You know how it is, you have seen a long procession. Even after the front stops, it is quite some time before the back rows have to halt. And this procession is unending, so the back rows never stop moving. They don’t even realise that anything has happened at the front of the procession.

“Baba said this is what it is like for all of us. Only those in the front are aware of his advent, and only those in the very front get to actually see him and be with him. But once they have seen him and been with him, the procession ends for them. And then those who were behind them become the front ranks. So the next time the Ancient one returns, they are the ones who see him and get to be with him.”