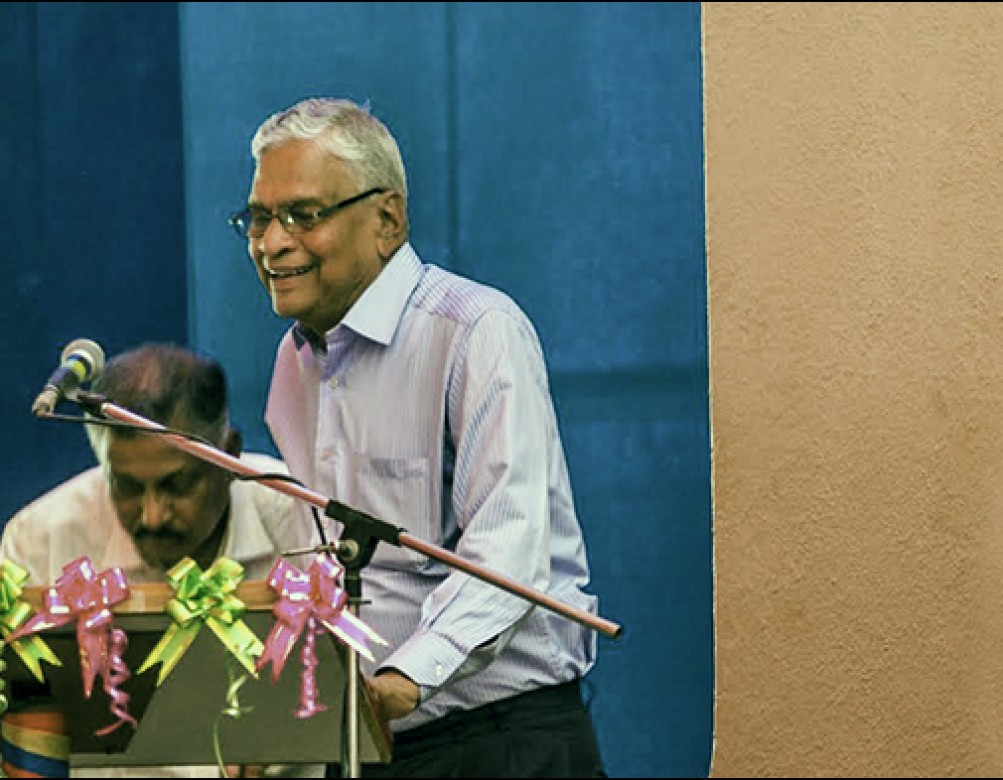 Letter to the Baba-Family from Shridhar

Two important events in the Meherabad Calendar—Beloved Baba’s Amartithi and His Birthday—have passed in quick succession.

Those of you who were not present during Amartithi might have watched it though live web-cast. It was a sight to see thousands of His Lovers sitting in the main Pandal, in the Retreat Compound, under the trees on the Hill, or wherever they could find a place, observing complete silence for 15 minutes from 12 noon with just one announcement from the stage to begin the silence.

While I was observing silence, repeating Beloved Baba’s name, I remembered a story I had heard a few years back (you know how difficult it is to concentrate on Him). A Baba lover from Delhi had invited one of his friends, a politician, to attend the Amartithi program. This person did not believe in God, leave aside a God in human form or Avatar. He was very reluctant to come but after great persuasion finally agreed. He was totally disinterested in the goings on and even did not want to take Darshan at the Samadhi.

As soon as the fifteen minutes of silence was over and all called out a full throated “Avatar Meher Baba Ki Jai”, he suddenly burst out, “Now I believe Meher Baba is the Avatar, the God in human form!” The Baba Lover was taken aback with this remark. He asked the politician why the sudden transformation. The politician answered, “For our political rallies, we gather thousands of people, at times with monetary or other inducement. From the stage repeated announcements are made requesting everybody to keep quiet and listen to the leaders addressing them. But the din never subsides. And here with just one announcement from the stage, thousands gathered around become totally silent and that too for fifteen long minutes. Only God can make this possible.”

With Beloved Baba’s Grace the Amartithi event passed this year without any major mishap. All present appreciated the arrangements made for the lodging of pilgrims, Darshan at the Samadhi, sound system, medical aid, stalls for food and beverages, Baba books & memorabilia etc. and the work done by hundreds of volunteers.

Other events here included a two-day program entitled “Discovering Avataric Treasure” held at Meherabad, which was well received. The theme of this year’s program was “The early years of Beloved Baba’s Life and Work following His unveiling in 1914 up to July 1925 when He started observing Silence.”

Beloved Baba’s 121st Birthday was celebrated at Meherabad and also at hundreds of centers worldwide. Keeping in mind Beloved Baba’s Wish that His lovers should celebrate His Birthday at their local centers, very few people come to Meherabad for the Birthday. Still, over 500 people gathered at the Samadhi much before 5 a.m. Befitting the simplicity of the place, the Samadhi was decorated with soft LED lights and flowers. His Name was repeated seven times followed by the Prayers & Arti. In the forenoon a musical concert was held at the old Pilgrim Center, and in the afternoon a beautiful play based on Baba’s father Sheriarji’s quest, titled “Sheriarji’s Wish Is Granted”, was performed at the Hostel A auditorium. This play was originally conceived by Baba’s beloved Mehera, who had dictated the dialogues. It was first performed on Mehera’s birthday in 1988 in the amphitheater on the Hill.

A crew of six volunteers led by Chris Pearson have begun the work of extensively repairing the roof of the main Bungalow at Meherazad. The roof of Baba House at Pune, the birthplace of the Avatar, is also undergoing repairs at the same time. What a coincidence both houses of the Avatar of the Age are being repaired simultaneously!

The Pilgrim season is coming to an end but the activities at Meherabad will continue. We now look forward to the Silence Day celebrations on 10th July 2015. Celebrations such as these, in addition to the daily requirements of maintaining and running Meherabad and Meherazad, require considerable human and financial resources. In the Trust Deed, signed by Meher Baba in 1959, He laid out the outlines of how these lands where He worked and lived should be developed into the future. We can only try our best to please Him with our efforts so that His wishes are properly carried out.

p.s. I am looking forward to meeting the Baba family in the US next month at the Southeast Gathering and other events!