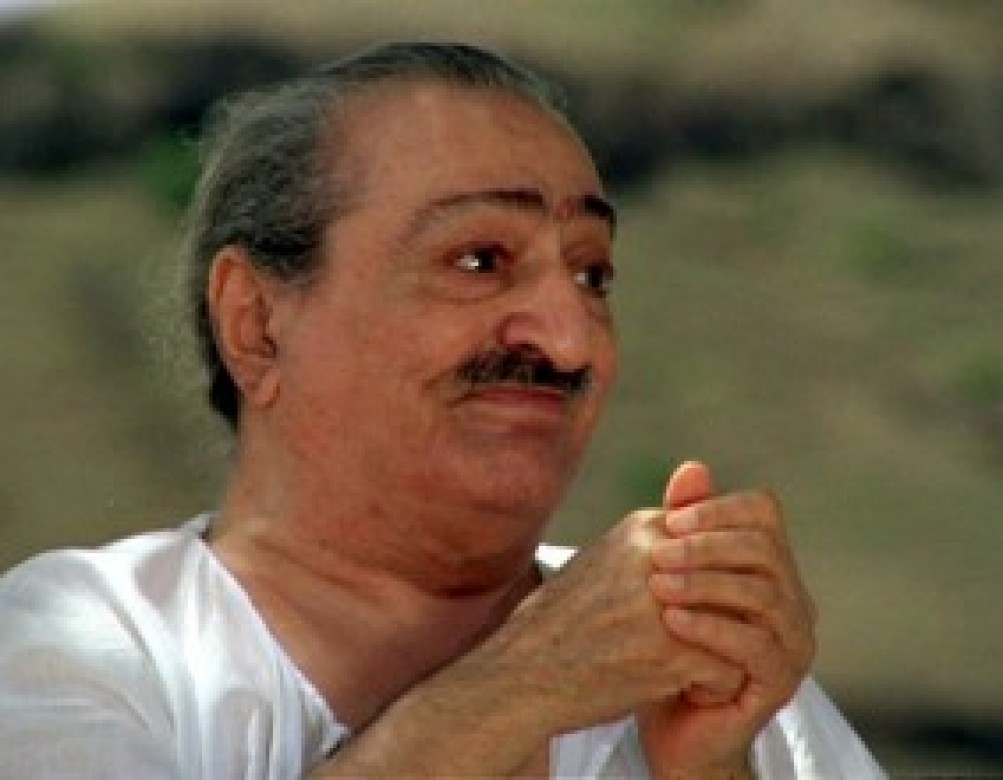 “Henceforth you don’t need to tell or ask Me anything. I will give you internal guidance.”

Baba went into deeper seclusion in 1968, and although He went to Guruprasad for the summer months as usual, not even the very intimate ones in Poona were allowed to see Him, nor were the mandali allowed to leave Guruprasad. For a few hours in the morning Baba would sit alone in His bedroom in a big chair, which no one except Mehera was allowed to touch. He would hit His thighs until they were black and blue; He said His universal work was so heavy at that time that He was using the pain to keep Himself connected to the gross world. Every day Baba listened to the songs of Jim Reeves, especially “Diamond in the Sky” and “There’s a Heartache Following Me.” Baba said there was great “dard” (pathos) in Jim Reeves’ voice, and these songs helped to relieve the strain of His work.

During this period Baba sent a circular to His lovers all over the world, saying that He wanted them to repeat The Parvardigar Prayer and the Prayer of Repentance audibly, once a day, for the months of April, May and June. Twice every day Baba would have these prayers said, once by the men mandali and once by the women, Baba joining in both times. Due to His intensely heavy work and the constant pounding on His thighs, Baba had become very frail and weak. He sometimes supported Himself on the arms of the men on either side of Him in order to remain standing through the prayers. Once when Baba couldn’t stand alone, the mandali suggested that He sit down, but Baba said, “Continue the prayers.” After they were finished, Baba said, “By My standing and participating in these prayers, all those who say them after I drop My body will be greatly benefitted.” When I was told about Baba’s words, I felt He was giving an indirect order to repeat the prayers regularly, and from that time on I have done so daily.

In October Baba called lovers in charge of Baba centres from all over India to Meherazad to discuss the arrangements for the darshan He was planning to give at Guruprasad during the summer of 1969. Later Nariman and I were also called to make arrangements for an entirely different programme to be held in December to celebrate Mehera’s birthday.

While we were there Baba said to us, “Henceforth you don’t need to tell or ask Me anything. I will give you internal guidance.” Baba had previously told Eruch and Mani to reply to letters from Baba lovers without asking Him what they should write. Beloved Baba was preparing us for the time when He would no longer be with us in the physical body.

“I have taken on the form of Man to take on the suffering of man.”