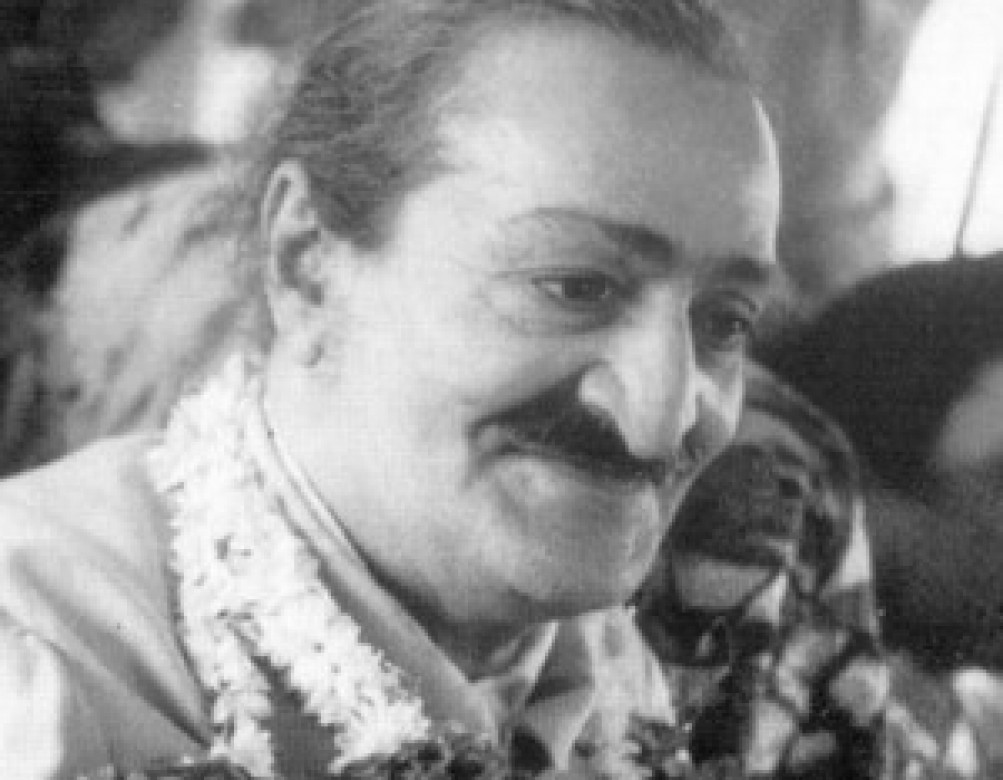 “Last night, when I was in a very painful state, this [new] prayer came to my mind.” And humorously, he stated, “First, I memorized it, and now I will dictate it to you:

Baba said that the prayer (which became known as the Beloved God Prayer) would be recited again three days later on the 28th. To Francis, Baba commented, “The Mohammedan way of praying to God is that which was performed by Aloba. The Parsi way of worshiping is different; they hold a sacred thread in a special manner and complete their worship [at the fire temple]. There are different ways of Hindu worship also. What procedure do the Christians adopt?”

Francis made the sign of the cross like a Catholic. “Every religion has ceremonies and rituals,” Baba continued. “They are like dry bones. Love has no bondage. The prayer of the heart is the greatest thing. The Master’s Prayer has substantial force and meaning. That is why I have given it to the world.”