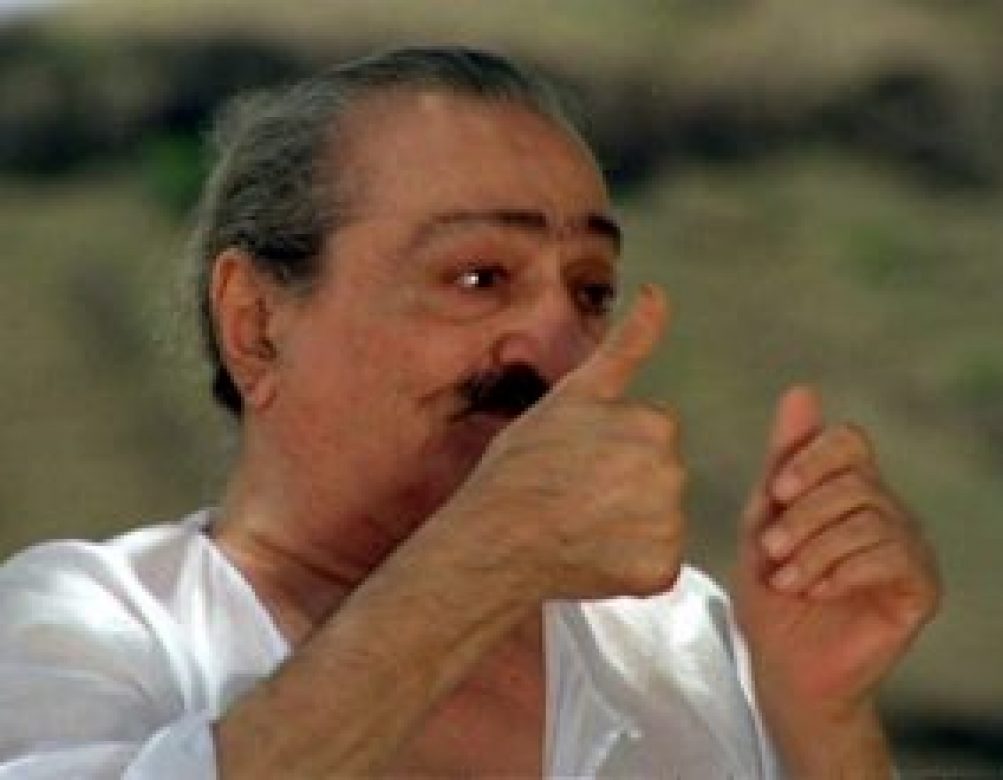 Recently the Beloved has been telling us not so much of the close-at-hand breaking of His Silence, but of the monumental change that will come about on earth when He does so. One morning while we were sitting at breakfast with Baba, and a humming bird was hovering before a window-pane in ecstasy of its own reflection, we got to talking of His Silence.

Illustrating for us the completeness of the transformation that will take place in the world after He breaks His Silence, Baba cupped His left hand loosely over His right as though He were holding a big ball, and then with a deft movement brought His right hand over His left in an absolute turnover of the imaginary ball’s position.

“Upside down”, one of us interpreted. With a half-smile Baba gestured “Right side up”!