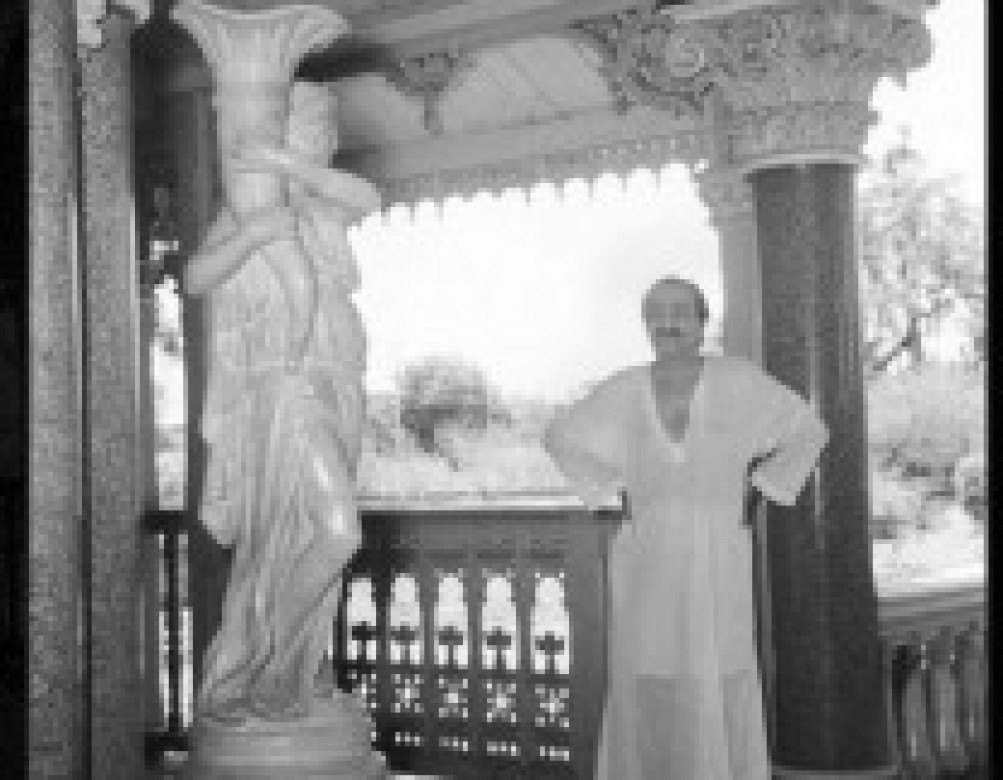 On 25 April more construction began to extend the stone-floor verandah of Baba’s Jhopdi and to build a private bathroom for him. Mehera’s horse Sufi also arrived at Meherabad that day. The horse was pure white and very beautiful. A section of the Mess Quarters was converted into a stable where the horse was kept. Although quite handsome, Sufi proved to have a devil of a spirit! Soon after he was brought, Baba applied vermilion to his forehead and sat on him for a minute. When Baba honored her horse in this manner, the men mandali realized the Master’s unique love for Mehera.

Baba breaks his fast of five-and-a-half months after serving the mandali, the Prem Ashram boys and the other Meherabad residents who had fasted for one day.

The most exceptional contact, and the last mast contact Baba made in Benares, occurred on 25 April. It was with the very high mast known as Batwa Shah. That very morning Baba had remarked to the mandali, “If I can contact at least one very good mast today, my trip will be a success.” The mandali diligently set about the task, and the famous figure in Benares known as Batwa Shah was found. He was a great mast, who had been born of a wealthy family in Ghazipur. However, this former nobleman now was covered with lice and was thus also known as Juwa Shah — meaning the “Lice King.”