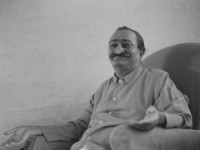 15 February 1923 Baba orders a search throughout Bombay for the blind and destitute so he can feed them. Nearly 800 people are fed. 15 February 1955 From 15 February, exactly at twelve midnight, repeat my name [audibly] one night 14 times and the next night 28 and so on alternately for one year. But mind that you do not miss even a single night of repetition, come what may — even if you are on you... » 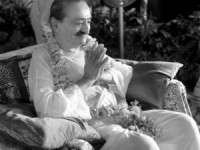 14 February 1943 Baba dictates “The Task for Spiritual Workers.” 14 February 1948 Baba dictated this message to Don for Filis: “No sense of sacrifice should be too great for the spiritual ideal, and no ideal of this supreme nature, in its various aspects, was realized without sacrifice.” 14 February 1958 Over 750 Hindi and Marathi speaking lovers and devotees arrived at Meherabad... »

13 February 1923 On 13 February, a large pandal (tent) was erected over the backyard of the compound for Maha Shivratri and Baba’s 29th birthday celebration. Bhajan singing was held there at midnight. Baba, however, spent most of the time with Ghani in the upper hall. 13 February 1939 On 13 February 1939, Baba explained that there were six spiritually advanced souls in Ajmer: two on the sixt... » 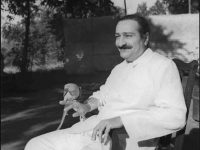 12 February 1949 On Saturday, 12 February 1949, Baba went to Upper Meherabad in the morning. It was his 55th birthday, but no special celebration was done (except for the serving of a traditional sweet dish). In the afternoon the mandali were called to the hall at lower Meherabad, where Baba reviewed their choices for disposal of their body in case of death and their individual wills. 12 February ... » 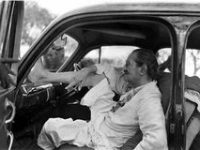 11 February 1931 On Wednesday, 11 February 1931, Baba took a few of the mandali to Poona, where they stayed at the home of Sadashiv Patil. Baba attended Sadashiv’s daughter’s wedding, and the nuptial ceremony turned into a large darshan program as several hundred people came to pay their respects to the Master. Among the leading guests was the Maharaja of Bhor, and the wedding seemed t... » 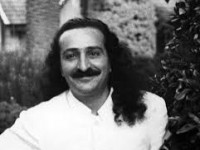 10 February 1933 Baba suddenly decides to have a British passport instead of a Persian one and has the application prepared. 10 February 1954 On his second trip to Hamirpur, in the early hours of the morning following a night vigil of songs, jokes and Prayer of Repentance, Baba declared Himself to be the Avatar for the first time publicly and spells out on His alphabet board for the first time, &#... »

9 February 1948 Baba departed Allahabad on the night of 9 February, taking Sadashiv, Vithal, Baidul, Eruch, Jalbhai, Dhake and Adi Sr. with him, and leaving Babadas behind. They spent 36 hours in the train, changing trains several times en route. During the journey, as well as during his strenuous work in Allahabad, Baba and the mandali had been observing their partial fast of one meal a day. At o... » 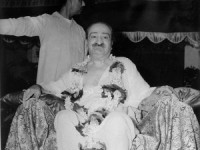 8 February 1939 The group arrived in Ajmer on 8 February at two in the afternoon. Eruch had rented a bungalow belonging to a local banker, where Baba and the women stayed comfortably. Quarters for the mandali were arranged a quarter of a mile away. A few days after they arrived, Baba began his mast work in earnest. 8 February 1952 In a lighthearted mood, on the morning of Friday, 8 February 1952, ... » 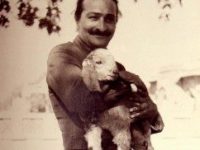 7 February 1939 Baba and his group left for Ajmer on 7 February 1939, around 8:30 in the morning. They reached the village of Alwar by the late afternoon and stayed in a dak bungalow there. At Alwar there was a newly born goat running loose, and the women, especially Elizabeth, played with it, and Baba held it lovingly. 7 February 1948 Baba contacts an entire family of masts (God-intoxicated souls... » 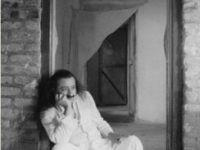 6 February 1952 Baba’s message was printed and sent out in the form of a circular which was called Life Circular No. 1. Thus, from 6 February 1952, Meher Baba’s LIFE began!  6 February 1927 On Sunday, 6 February 1927, Baba ate after having fasted for six days. That evening, mentioning what real yogis could do with their yogic powers, Baba explained their source of power as electricity:... »