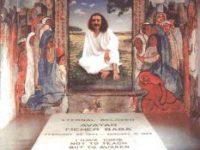 25 February 1894 Meher Baba (then Merwan Irani) is born at 5 a.m. in Poona (Pune), India. 25 February 1943 Baba’s mother Shireen Irani dies at her home in Poona (Pune). 25 February 1954 At 5 a.m., the time Baba was born, Baba has the Prayer of Repentance read out. He then has his feet ceremonially washed by Eruch and Gustadji for the first time since 1937. Source: Sheriarbooks.org »

24 February 1948 800 people receive bundles of grain from Baba’s own hand at Meherazad. 24 February 1954 Baba unexpectedly asks his driver to stop at a school in Eluru, Andhra Pradesh. Baba goes inside and greets a four-year-old boy who runs into his arms. Later it is revealed that this child had found a leaflet about Baba and had begged his parents to take him to Baba. His parents had refused and... » 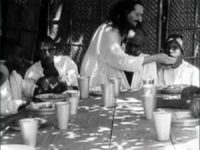 23 February 1923 Baba and his group from Manzil-e-Meem feed 200 poor, crippled or blind people. 23 February 1938 On 23 February 1938, explaining about alcohol, drugs and other such habits, Baba stated: Drinks in ordinary moderate doses act as stimulants and are harmless. If taken in excess, they are harmful. Drugs, whether in small or large doses, are injurious. They have a characteristic of makin... » 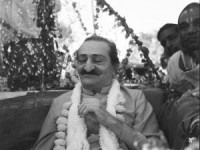 22 February 1924 Baba and 8 of his men mandali depart for Persia (Iran) via Bombay (Mumbai) Harbor. This is Baba’s first visit there. 22 February 1954 After a darshan program in the small village of Pammaru, seemingly without reason, Baba goes to the home of a poor old man. Later it is discovered that the man had not attended the darshan program because he thought he would not be allowed due... »

21 February 1929 On Thursday, 21 February 1929, Baba selected five men to be writers — Dastur, Chanji, Manekar, Ramjoo, and Raosaheb (who had recently returned to Meherabad from Persia). A committee was established and came to be known as the Divine Knowledge Publishers, with an office in the tatta lecture hall on the hill. Each of the men was given a separate room in which to write. Baba ordered ... » 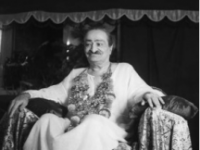 20 February 1890 Gustadji, Meher Baba’s close disciple, is born. Under Baba’s direction, Gustadji kept silence for over 30 years of his life. 20 February 1928 On 20 February, a telegram was received from Agha Ali’s father, Haji Muhammad, who refused to give his signature to the agreement and demanded that his son return home. The news upset Baba, who remarked sharply, “If A... » 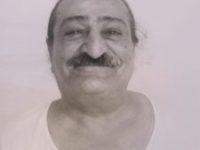 19 February 1927 On Saturday, 19 February 1927, the Master went for an hour to the Shahane’s house in Ahmednagar at 3:00 P.M. and was in a cheerful mood. Taking advantage of the occasion, Ghani asked Baba when he would break his silence. Baba surprised everybody by replying, “I will speak in five days!” and he even directed Ghani to write this down. Of course, the five days passe... »

18 February 1922 Baba’s birthday is celebrated at Sadashiv Patel’s house in Poona (Pune). Here Baba declares Gulmai as his spiritual mother and Shireen as his worldly mother. 18 February 1926 With festoons, potted palms, flowers and garlands, all structures such as the Jhopdi, the Table Cabin, the dhuni, Upasni Serai, Sai Darbar and the Water Tank on Meherabad Hill were beautifully decorated for B... »

17 February 1927 On 17 February, Baba bathed 150 poor boys at Upper Meherabad opposite the Water Tank, and he served them food with his own hands. The mandali were served the same food and all returned to lower Meherabad at one o’clock. Behramji was responsible for the arrangements and complained to Baba that some of the mandali had disobeyed him and had not brought with them the remaining m... »

16 February 1934 For some time, Sampath Aiyangar had been especially anxious for Baba to come to Madras to celebrate his birthday. Accepting the invitation, Baba left Ahmednagar by bus for Dhond in the afternoon of 16 February 1934, accompanied by Adi Sr., Chanji, Naval, Pendu, Sailor, Sidhu and Dadu. Rustom, Ramjoo and Sayyed Saheb left Nasik and met the group at Dhond, where they boarded a train... »